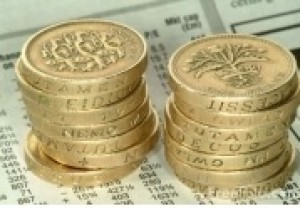 The Rugby Football Union (RFU) has revealed in its annual report that its revenue has surpassed £150m for the first time in its history and that has enabled a record figure of just under £64m to be invested back into the sport.

The investment figure for the year ending 30 June 2013 is an improvement of as much as 15 per cent on the previous year and the RFU's chief financial officer Stephen Brown has told Running Rugby that the union's commercial success means that the game in this country is in rude health.

"The game as a whole is in a good place because the RFU is in a very secure financial position," he said.

"Any kind of record achievement is a great thing for the RFU. What we are particularly proud of is less about the revenue though because that goes up and down depending on the World Cup cycle and more about the record investment in rugby.

"That is the key point for us and the most important part of that is us being in a strong position to continue to grow that investment through the cycle of the World Cup irrespective of what our revenues are doing."

Overall revenue rose by as much as £42.9m to £153.5m thanks largely to a schedule that included four autumn internationals and three home Six Nations matches, a significant increase on the previous year when the World Cup was taking place.

Ticket revenue soared from £13.3m to £33.9m as a result and hospitality and catering also rose by £9.9m to £37.5m. Five concerts were also hosted during the 2012/13 financial year though and Brown says the investment in Twickenham is paying dividends.

"The hotel is progressing steadily and quite nicely and total hotel revenues in the year were £6.5 million and the health and leisure club was £3.6 million. They are both healthy businesses that give us a good return and they are fairly steady irrespective of the match profile but they are slowly but surely growing and giving us a nice return," he said.

"The other non-match revenues are concerts and they are a good, healthy revenue stream for us as well…it is about using the asset when we don't have matches here as much as we possibly can without compromising our core business.

"We have got a significant asset here in the South Stand, which is becoming more and more utilised for our conference and events base and that usage is expanding more as we go through the strategic plan period.