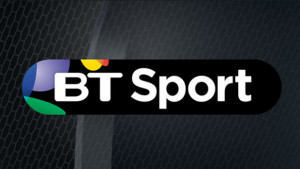 The deal means it will show all Australia's Test matches, one-day internationals and Twenty20 games.

Delia Bushell, BT TV and BT Sport boss, said they were "delighted" to be adding international cricket to its line-up, and to cover the next Ashes tour.

England won the Ashes series 3-2 this summer against Australia.

As Sky holds the rights to the 2019 Ashes series in England, it means that UK-based cricket fans will need to have access to both Sky Sports and BT Sport if they want to watch the 2017-18 and 2019 contests with Australia.

The rights acquisition, the latest salvo in the battle between BT and Sky for sports viewers, also includes the Big Bash League and the women's Ashes.

However, as well as the next Australian tour series to England in 2019, Sky also has the rights to the cricket World Cup that year.

As part of its deal, BT Sport will also show free-to-air daily highlights of internationals and the Big Bash League.

Sports broadcasting rival Sky signed its latest deal with the England and Wales Cricket Board (ECB) in 2012, but may face a challenge from

BT Sport when the next contract comes up for grabs.

The ECB's current agreement with Sky ends in 2019 and its next contract will be the most valuable deal in its history.

"BT Sport put forward a highly compelling bid for the rights to broadcast cricket from Australia to audiences throughout the United Kingdom," he said.

The new agreement will start in October 2016 with Australia's home Test series against South Africa.

BT is paying a reported £80m for the deal.