A Buckinghamshire head greenkeeper has inspired a user challenge amongst fellow owners of Wiedenmann Terra Spikes. 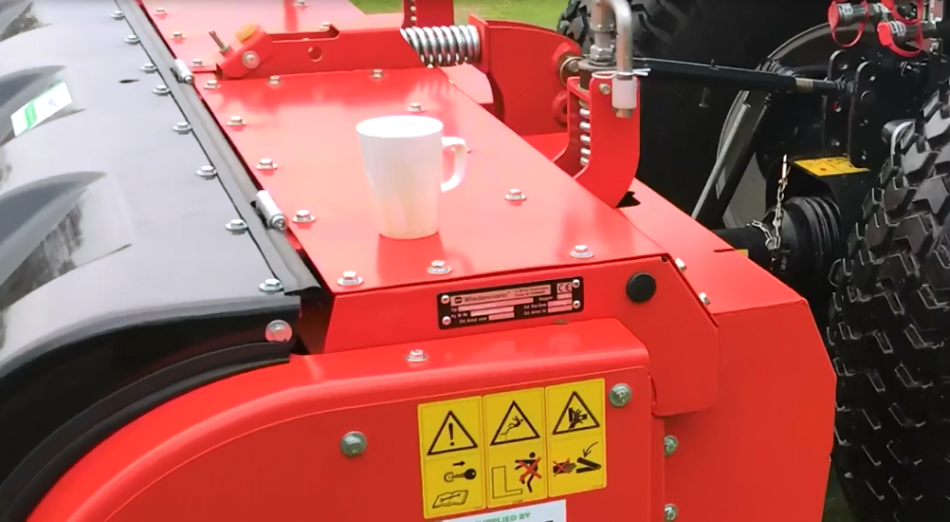 After taking delivery of a new GXi8 HD in December, Gerrards Cross GC's Adam McColl reckoned the machine was smooth enough to balance a full cup of coffee without spilling while it spiked its way across a tee or green.

Within hours his observation was relayed to others prompting greenkeepers and groundsmen across the country to get involved, posting on twitter when they succeed.

Adam, who heads the team of seven at the south Buckinghamshire Club, said:

"The coffee challenge just seemed possible. Aerators have moved on, modern practices mean the machine stays calm even when going deep. With the multi ribbed belt drive system and the way the crankshaft is balanced, the GXi 8 always remains stable. If you hit something there is no shock transfer to the tractor or the driver. It elongates the life of both the machine and the tractor. It's all about smooth."

Gerrards Cross Golf Club a parkland course with extensive woodland and views across the Misbourne Valley, had some fairly specific criteria for choosing a Wiedenmann aerator. 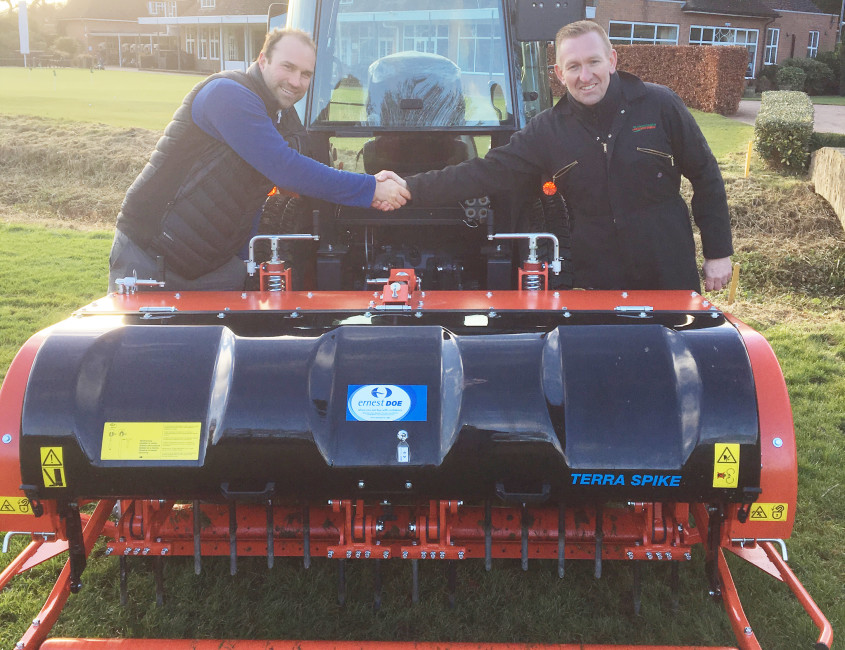 "We need to stay ahead of golf and not stop play," continued Adam McColl. "Previously that wasn't happening. At 1.8 m this is 60 cm wider than before so a combination of extra width and greater speed will mean an end to interruptions and lead to more frequent repetitions. This machine has a specific feature - Advance Tine Control - that ensures we get very clean tine entry and exit even where there's compaction."

Another major reason for Adam McColl choosing a Terra Spike, was the improvement it would bring to getting sand into the profile to ultimately benefit drainage.

"At demo we gave the 18th green one pass using 20 mm tines. In the weeks before our own machine arrived we could see a tangible difference just from that one occasion. The green still puddled but the water residue shifted a lot quicker.

"The bigger picture however is to get between 180-200 tonnes of sand on the greens across the year. Assuming it remains dry enough we'll continue with the 20 mm tines and go for 40 tonnes between now and the end of March plus an additional 40 tonnes at spring renovations when we will probably hollow core. During summer we switch to lighter 8 mm tines and hope to achieve between 20 - 40 tonnes. Then come autumn it will be back to the 20 mm tines and around 60-80 tonnes.

"Last year we didn't even get to our target of 140 tonnes but we're focussed on getting this additional sand to help create drainage channels."

Eddie Jack, Field Sales Manager at Ernest Doe in North Walsham said: "Adam called it correctly with the smoothness of the machine. He really started something. Looks like I'll be buying the coffees for the foreseeable future."