by Tom Walker
in Football and Synthetics
on 13 Apr 2019

Global brewing giant Budweiser has delivered an innovative legacy project in one of the host cities of last year's FIFA Football World Cup. 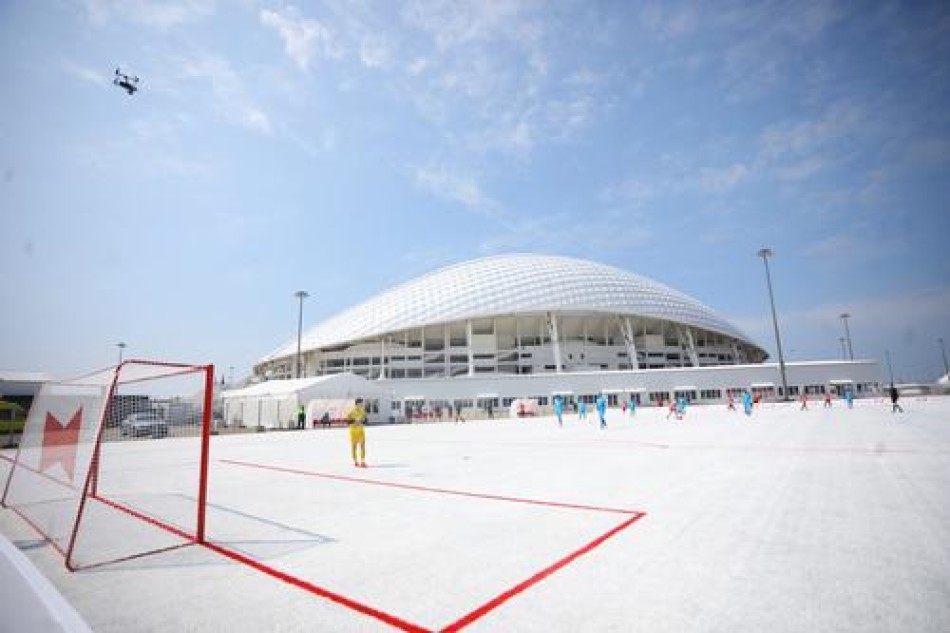 In total, more than 50,000 cups - collected at the 12 venues during the World Cup - were used to create the new sports facility

The US company - which was an official sponsor during the 2018 event held in Russia - has created a football pitch made entirely of recycled plastic cups collected at the tournament.

In total, more than 50,000 cups - collected at the 12 venues during the World Cup - were used to create the new sports facility, the Budweiser ReCup Arena, in the city of Sochi.

The pitch, which measures 65 x 42 metres, will be used by local clubs.

"I'm very glad that Budweiser shares the idea of preserving the legacy of the FIFA World Cup and continues to build it up even after the tournament," said former Italy international and FIFA ambassador Marco Materazzi.

"Hopefully, this pitch will remind us of the past tournament and, probably, will help someone start a promising football career."

The project is part of Budweiser's commitment to sustainability, with the brand recently pledging that every single bottle of beer it brews will be powered with renewable electricity by 2025.