0 Build it and they will come... a report on the Isle of Man's first seminar for the industry 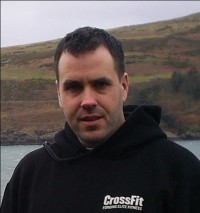 "During my thirteen years in this industry, I have noted, and often bemoaned, a lack of industry support on the island"

I recall reading the October/November 2010 issue of Pitchcare magazine with great pride. Laurence Gale had visited the Isle of Man for the first time, and written a series of articles with several local groundsmen and greenkeepers. Towards the end of his article, Laurence mentioned that "as D'ream once said, things can only get better"... well, they just have!

I started out in the turfcare industry as an assistant greenkeeper at my local golf club some thirteen years ago, with the notion in mind that it would be a good opportunity to top up my suntan through the summer months, before deciding what to do with my career... hmmm, so much for that one!

About two and a half years later, with my suntan (or is it wind burn?!) now well and truly established, an opportunity to work on the grounds at King William's College arrived on my doorstep. I could see that it was going to be a challenge, but me being me, I dived in with aplomb, and haven't looked back since. Over the years, I have fostered a deep passion for my work, and the industry that I work in. Through those years, many people have asked me why I enjoy what I do so much... "How can someone love turf?" amongst other comments. The answer is that I simply don't know why. But, what I do know is that I am lucky enough to have found a role that offers me the job satisfaction that few others could.

During my thirteen years in this industry, I have noted, and often bemoaned, a lack of industry support on the island. Let's be real, industry support is, in the main, driven by financial incentive in one way or another. With the island being so small, with few venues in the grander scheme of things, combined with the costs of bringing materials, machinery, or even people to the island, it made many unwilling to invest in providing a service that is comparable to that which many of you receive on the mainland, simply because there will always be a limited return on the investment required.

As an island, greenkeepers and groundsmen have simply had to find ways to 'get by'. This bred frustration and jealousy within me in the early stages of my career, and so the planning began to put us on the map, attract more industry support, provide more training opportunities, and find more cost effective ways to purchase materials.

I recall reading about Saltex some ten years ago, and looked into the feasibility of attending - the total cost would have been in the region of £500 - how was a lowly assistant groundsman going to afford to attend? It soon dawned on me that if I, or 'we', couldn't afford to attend such events, the obvious way forward was to bring 'the industry' to the island... a pretty big ask, and one that I was told, repeatedly, would never happen - comments like that just served to reinforce my will.

So, once this big plan was established, reality hit home. "How on earth do I do this?" It was too late to back out by then, so I simply had to find a way to make it work. First port of call was to stick my head above the parapet, get people's attention and make the wider industry realise that there were actually groundsmen and greenkeepers on the Isle of Man, and a fair few of us at that. From there, many contacts have been made over the years, some good, some great, and some not so great.

In February 2011, I attended a Dennis/Sisis Cricket seminar at Uxbridge Cricket Club. This was the first time that I had ever attended anything off the island, and I was hooked.

At that seminar, I was fortunate enough to meet, and strike up a good relationship with Roger Moore from Dennis/Sisis, and I already had an established relationship with their sales manager, Toby Clarke. In the autumn of 2011, Roger and I discussed the possibility of running a seminar, but being only too aware of how difficult it was going to be, we found ourselves struggling to get things going.

A long held dream of mine was teetering on the edge of failure - Roger, as always, remained upbeat and ambitious, but I found myself questioning whether we could pull it off. A short while later, Toby made contact and visited the island. I spent a good couple of days with Toby, and I think it was over those two days (and several pints!!) that we both decided that it warranted another shot.

At a similar time, I was invited to Christmas lunch by one of our suppliers. At this lunch, I was introduced to Peter Craig, the Grounds Manager at the Hurlingham Club. I knew of Peter, and knew that he was a highly respected figure in the industry, but I had never met him personally. By chance (or habit!), we both found

ourselves located at the bar, and a brief conversation ensued. Peter and I seemed to hit it off, and he seemed genuinely interested in the vagaries of island life. When it was time to leave, Peter pulled me to one side and suggested that, if there was ever anything that he could do to help the island, he would do everything that he could for us. I returned home reinvigorated and with my commitment back.

Things then seemed to take off at a furious pace, with plans being put in place for a seminar. Due to the limited size of the island, we found that it wasn't viable to run a seminar with a specific sport in mind, especially for the sponsors, so we agreed that we would run over two days, with bowls on the first day, and a more general Turf Care show on the second. Two venues were identified, key people were approached, including Mike Caley from Isle of Man farmers. With Mike now onboard, things seemed to become even more realistic.

Now came one of the hardest parts. Dennis/Sisis had placed an awful lot of faith in me to put the groundwork in, with them investing a lot of time and money from their side of the fence, but now it was time to draw up a shortlist of speakers.

As I mentioned earlier, I am lucky to have some very good contacts, but also some who I simply couldn't trust, so selecting the right people was a task in itself. Trying to establish contacts from afar is far from easy but, over the years, I have managed to weed out some of the less trustworthy folk. It is difficult to establish what someone's motives are when communication is limited to email and phone calls - one wrong move here and my dream would be in tatters. I could never forgive myself if I introduced someone to the island whose motives were questionable.

Fortunately, I did have a number of people that I could call on who I do trust, people like Keith Kent, Peter Craig, Ian Mather Brewster etc. Before long, we had a list of speakers. In addition to the three aforementioned, we also had, Laurence Gale, Matt Williams, Dave Bracey, James Whittik, John Robinson and Ian Courage.

This is where Roger Moore and Alison Pickering from Dennis/Sisis really came into their own. Both took up the reigns and did a wonderful job of organising

everything. All that was left for me to do was to promote the event as best as I could on the island. Countless phone calls and visits to anyone and everyone later, and we had a list of forty-five attendees for the bowls day, and seventy for the Turf Care day. Given the difficulty of running such events on the island, I was astounded to have such a figure.

So, to fast forward to Sunday, March 18th, and Toby Clarke, along with his willing team of demonstrators, and a trailer that was stacked higher than it was long with machinery, arrived on the island. Yet more machinery was being sourced from all over the island, with a particular mention to Clive Patterson, from Peel Golf Club, who was kind enough to lend us his Sisis Aer-aid along with several other machines, and with Mike Caley working wonders on the logistics of moving machinery to the venues, everything was coming together. Both venues were set out, catering sourced... it was now just a case of dotting the Is and crossing the Ts.

Come Tuesday morning, it was over to Dave Bracey... what a wonderful character. Dave's bowls presentation proved to be extremely informative and stimulating. Dave carried out two sessions, covering a myriad of topics in great depth, and Ben and Andy from Dennis/Sisis proceeded with a fantastic demonstration.

Being the designated taxi driver for the week, I had to nip out at lunchtime to collect Ian Mather-Brewster from the airport. I had Pitchcare's editor, Laurence Gale, with me when I collected Ian. How nice it was to have them both in my car laughing and joking without a care in the world. Back to the seminar. With Dave in full flow, it turned into a day to remember. The feedback from the day was particularly pleasing, and I firmly believe that it will be of great benefit to all of those who were present.

Next stop, Ballafletcher Sports Club - a fantastic facility in its own right, which was further enhanced by the team setting out the venue for Wednesday's seminar. The day started at 9.00am, all of the speakers were fantastic, but I would like to make a special mention to Keith Kent and Peter Craig. This was the second time that I

have heard Keith speak, and it just doesn't get any better. As for Peter, a fascinating insight into his career path that will hopefully stick in the minds of those present, particularly the younger attendees, as it shows what can be achieved with the right mindset. I also have to add that Peter actually took time out of his own holiday to attend this event... brilliant.

I should also mention that Laurence spoke so passionately, and even managed to put his camera down for fifteen minutes!

Again, all the demonstrators were first class, and I believe that we struck a good balance with technical input, humour, passion, and demonstrations throughout the day. Little was left uncovered.

The one thing left to do is catch up on sleep now! These seminars are tremendously rewarding, but the effort involved in the planning and delivery of them is extreme, and that goes for all involved in the organising of them. For the efforts of everyone involved in this event, there is little left to say, but thank you for supporting groundsmanship on the Isle of Man.

One last thank you must go to my employer, King William's College, who give me the support and freedom to work on initiatives such as this, and my team of Josh Bowman, Christian Hawthorn and David Moores, all of whom have taken up the mantle of looking after our own facilities whilst I have been arranging this seminar - without the support of all of those mentioned, this seminar could not have taken place. Thank you guys!