It has been a bumper year at RHS Chelsea Flower Show with many HTA and APL members winning medals in the event's 100th year celebration. 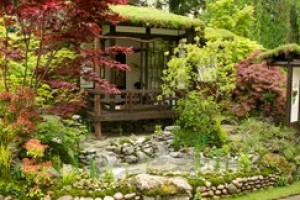 In such a landmark year, medals galore were picked up by members of the Horticultural Trades Association and Association of Professional Landscapers at the prestigious gardening event.

The Outdoor Room won Silver Flora for the ground breaking "Stop the Spread" garden, sponsored by FERA and supported by the HTA. Designed by Jo Thompson Landscape and Garden Design, the garden has been created to show the impact that pests, diseases and invasive non-native species can have on our gardens, woodlands and countryside.

There were more medals in the Fresh Gardens area with Bradstone winning Gold for their part in Paul Hervey-Brookes' garden "BrandAlley', whilst HTA members Tendercare Nurseries also won Gold for their contribution to the 'First Touch' garden.

There were Silver-Gilt Flora medals for Harkness Roses, The Scotts Miracle-Gro Company and Kelways Plants who staged displays at the first Chelsea show in 1913.

HTA Director General, Carol Paris said; "We are delighted that so many of our members have gained national recognition in such a distinguished year for RHS Chelsea Flower Show. Chelsea plays a great part in enthusing and inspiring people to enjoy the nation's favourite pastime, especially after such a tough year for the industry. We hope all the inspiration from Chelsea stimulates the nation to get out into their gardens and garden centres over the bank holiday weekend. "