Burnham and Berrow Golf Club members have thanked a long-serving member of staff who has retired this week after more than five decades of service. 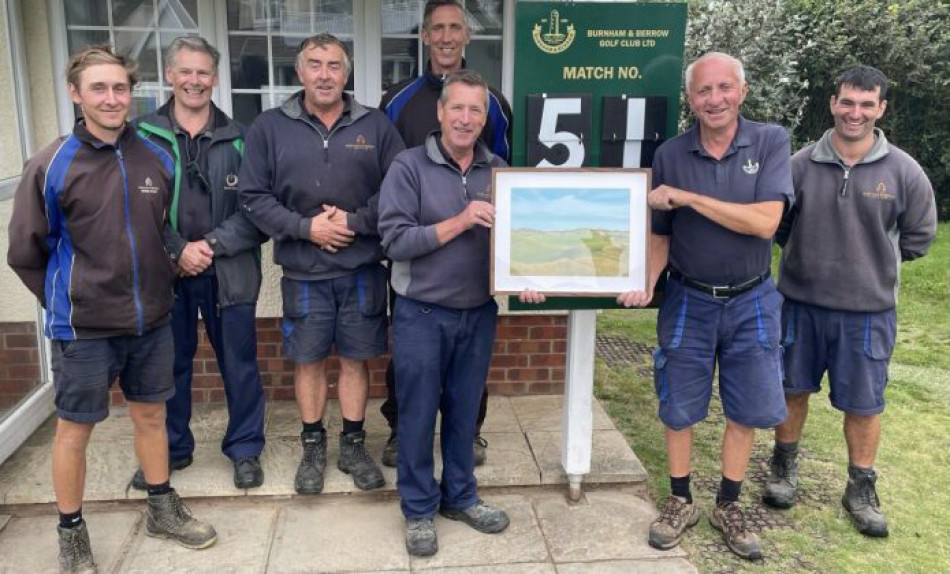 Paul Dunn has retired after 51 years' work with the greenkeeping team at Burnham and Berrow Golf Club.

"Paul joined us as a young man, in his first job after leaving school. He became Deputy Head Greenkeeper in 2006 and has supported four different Head Greenkeepers during his time at the club," says a spokesman.

"Paul has seen incredible changes over the past 51 years and will be known by many members for his dedication to the golf courses snd the club, but also for his love of football, with Manchester Utd being his favourite team."

Richard Whyman, Head Greenkeeper, adds: "It will feel very strange without him."

"We wish him all the very best for his retirement. Liam Pigden will be stepping into his shoes as Deputy Head Greenkeeper, having being promoted from within the existing team."

Paul is shown being presented with a painting of the 17th hole on the Championship course, which has always been his favourite hole.