3 Call for scheme to be compulsory

The head of an amenity spraying contract company has called for the National Spray Testing Scheme (NSTS) to be compulsory, following press reports outlining the voluntary initiative agreed with the government, as a possible alternative to an annual £125million tax on pesticides. 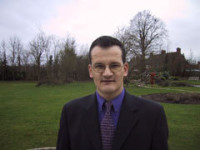 "It should be like the M.O.T. " he says, "even if it's brought in gradually, starting now for new sprayers. Unless the testing scheme is compulsory it's impossible to get total compliance, which defeats the object."

Although Seaton thinks that compulsory testing would take many older, unsafe machines out of the market place, he finds that the amenity turf industry, in general, has high standards of sprayer maintenance.

"Greenkeepers' and Groundsmen's' spraying equipment on the whole is well maintained because they're involved in small, detailed applications - a golf green or a grass tennis court for example, rather than a field of crops - and they're also spaying frequently with a varied number of different products. Our grass is particularly sensitive due to the fact that it is highly manicured; yet its condition is constantly on show to the public. This encourages attention to detail, especially when using spraying equipment."

Budget is also a consideration.

"Although, as an industry we're only responsible for a small segment of the total U.K. pesticide usage," Seaton continues, "our products are more expensive by comparison with the active ingredient agricultural equivalent. We have to absorb all the registration costs involved for the approval of pesticides for amenity use, within a relatively small turnover. No Greenkeeper or Groundsman wants to waste expensive product due to worn nozzles, perished hoses or leaks from fittings."

Weed Free, field three Spraying Mantis machines, (designed specifically for spraying with shrouded booms) which are finely calibrated with audio and visual warning systems alerting the operator immediately if any nozzle is failing to perform.

Seaton, himself an ex Groundsman, says that the Mantis' monitoring systems, sophisticated enough to pin point the fault to the offending nozzle, are essential when spraying under shrouds and activity is hidden.

"But even conventional booms, mounted or trailed, have restricted views of the central section" he continues. "Some sort of alarm system such as flow guards can easily be fitted. Because we use our sprayers daily they have to be in top condition to perform. Ours could be tested any time."

For further information on the amenity spraying services of Weed Free, call the company on Tel: 07000 481011 or e-mail spraying@weedfree.co.uk