by BBC News
in Schools & Colleges, Estate Management, and Conservation & Ecology
on 18 Feb 2020

Climate activists have dug up the lawn outside a Cambridge University college over its role in a major development in the Suffolk countryside. 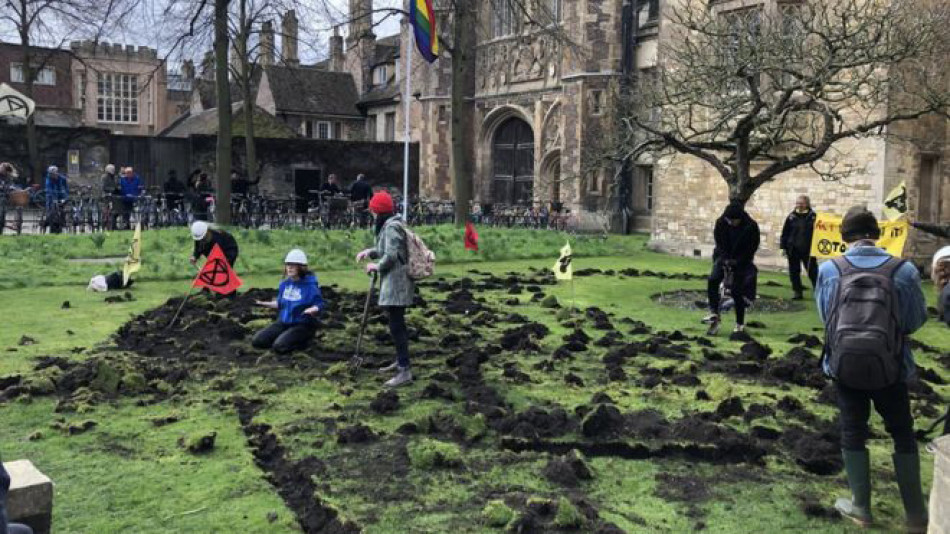 Members of Extinction Rebellion took the action at Trinity College over what they claim to be "the destruction of nature" at Innocence Farm.

The farm in Trimley St Mary has been part of plans, involving Trinity, for a logistics facility.

Trinity College said it "regrets the criminal damage done to its property".

Activists, who also chained themselves to an apple tree on the college's front lawn, said they "were careful to ensure that the digging took place a safe distance from the tree so as not to cause any damage to it".

Derek Langley, a member of Extinction Rebellion Cambridge, said: "The idea that a rich institution like Trinity College, which tells the world it is serious about tackling this crisis, is looking for profit from environmental destruction is quite simply astonishing." 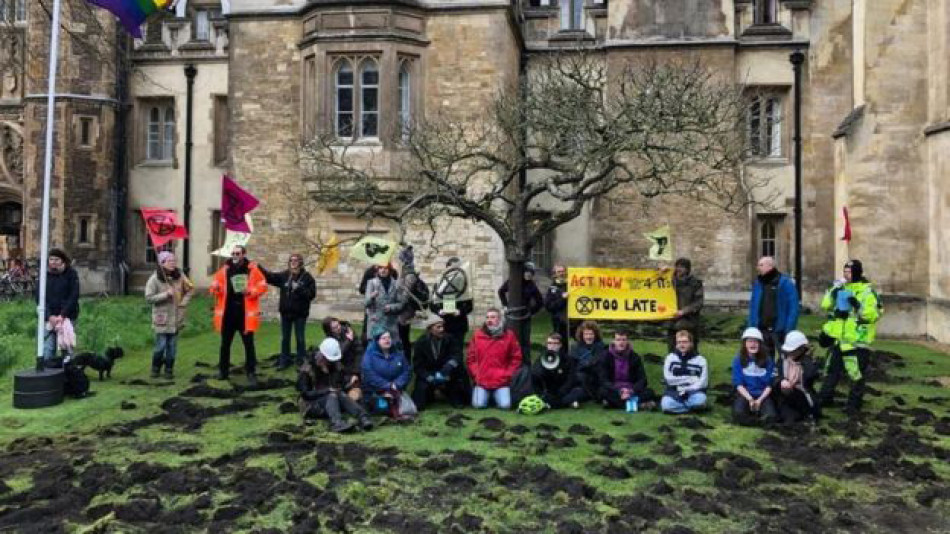 Trinity College, which was founded in the mid-16th Century, has produced several British prime ministers

A Trinity spokeswoman said the college "respects the right to freedom of speech and non-violent protest but draws the line at criminal damage and asked the protesters to leave".

She added: "Academics at Trinity are actively engaged in research to understand and develop solutions to climate change, and taking practical steps forward."

The spokeswoman added the college supported the university's Cambridge Zero project, which was launched in November and led by Dr Emily Shuckburgh, one of the UK's leading climate scientists.

A Cambridgeshire Police spokeswoman said officers had been to the college and spoken to staff.

She added: "At this time they do not wish to make a report to police."

Members of the group have also been taking part in a week-long road blockade in the city - prompting police to use emergency powers to shut off roads.

Last week a meeting had to be abandoned when a protester abseiled into the council chamber.

You can read our article on the Trinity College groundstaff HERE