by Mark Taylor
in General Interest, People, and Football
on 31 Oct 2020

Ian Darler is hoping that the British Empire Medal in the Queen's Birthday Honours list will help to give a boost to Cambridge Charity Fundraisers. 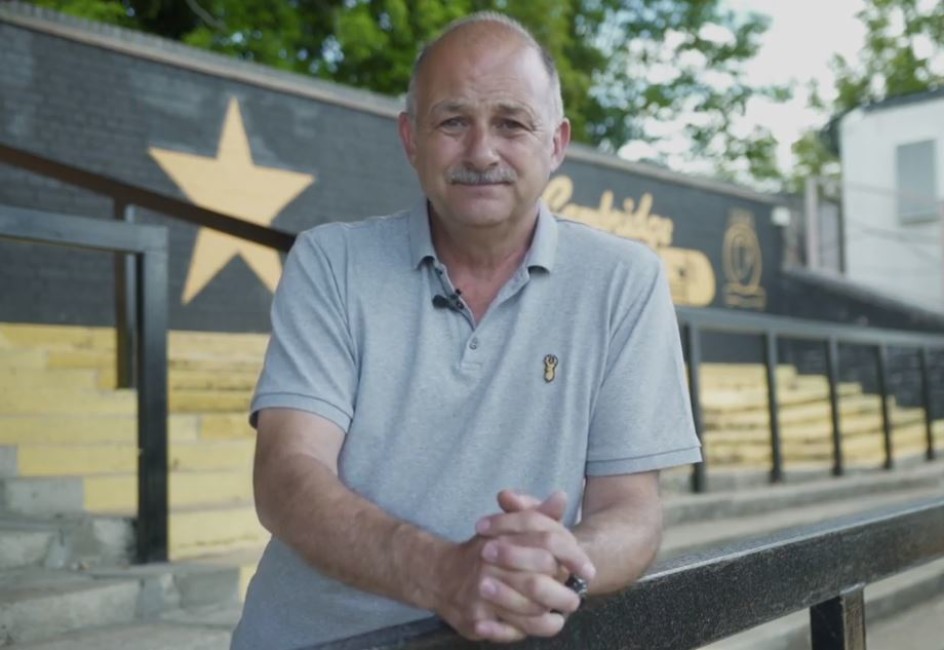 It was announced that the U's stadium manager and head groundsman was recognised with the award on Friday, but his attention has already turned to trying to use the accolade to assist others.

Darler has become part of the furniture at the Abbey Stadium, having spent 42 years with the club..

His honour was for services to Cambridge United Football Club and charity, and while many will associate Darler with the former, it is arguably the latter that has proved most invaluable.

It is also the way in which he hopes being recognised with a BEM can make the biggest difference.

"Covid-19 has made fundraising very difficult this year so we are currently planning our events for 2021 which already have the support from areas of the media," said Darler.

"I hope my award may encourage other companies and individuals to sponsor and donate sponsorship to assist the charities we work with."

In many ways, Cambridge Charity Fundraisers was born through Darlier's testimonial match to mark 25 years at the U's.

He made a pledge to do something for the community - donating a chunk of the money to East Anglia's Children's Hospice. When a request came in two years later from Each for a further donation, Darler put the idea to a group of friends, who would go fishing once a month on a Wednesday, to start Cambridge Charity Fundraisers, in 2007.

"Within the group, some of the anglers had their own companies and between us we felt we had some very good business contacts in the local area and decided that we could run these fishing events as charity fundraising events," he says.

"I always approach the chosen charity to seek their written approval prior to fundraising. We continue to run our annual fishing series of six matches and all money raised, along with the sponsorship money raised by the anglers, is donated to our chosen charity.

"We also have social events and sporting dinners, raffles and auctions."

However, it is fair to say that most will know of Darler through his time at Cambridge United and the immaculate playing surface at the Abbey.

It is more than just a job as he has dug deep into his own pockets to help maintain the pitch and facilities at the ground when the club has hit hard times.

He was the youngest head groundsman in the Football League when first appointed to the role, and has gone on to also become the stadium manager and matchday safety officer.

Darler went through a difficult period in his life a couple of years back, but has used his experiences of mental health to now help others who may be in a similar situation.

He has catalogued all of this in the book about his time at Cambridge United, entitled Life's A Pitch.

"I have faced a number of challenges over the years and generally managed to overcome most of them successfully but it would not have been possible without the inspiration I have received from my wife Lisa and two amazing children, Liam and Ruby, along with so many colleagues within the emergency services and friends in and around the football club for whom I have the deepest respect," says Darler.

"Together we have worked as a team for 42 years at Cambridge United delivering high standards of safety within the stadium, and dealing with a number of emergency situations whilst also trying to deliver a good standard of playing surface which has been recognised over the years.

"I must pay special thanks to my father for all the hours of voluntary work he put in with me on the pitch when I first started at the club."

Darler is already working on his next venture, developing plans to run an awards for inspirational youngsters in the community, which had to be put on hold this summer because of the pandemic.

And on the accolade, he said: "I'm very honoured to be receiving the BEM. I'm very grateful for the recognition I have received for my work especially during these very challenging times when so many people deserve an award for the outstanding work they have undertaken during the pandemic.

"I've been fortunate enough to have a great time in the football world. For somebody who wanted to be a footballer but failed, to end up having the journey I have had is amazing. I'm totally gobsmacked that something like this has come my way."

With the challenges of putting on charity events, Darler is hoping to encourage people and companies to help with sponsorship or donate items for raffles or auctions.

Anybody who may be able to help should visit cambridgecharityfundraisers.com .