Ian Darler has been presented with an EFL Long Service Award. The stadium manager has been recognised for 43 years at Cambridge United. 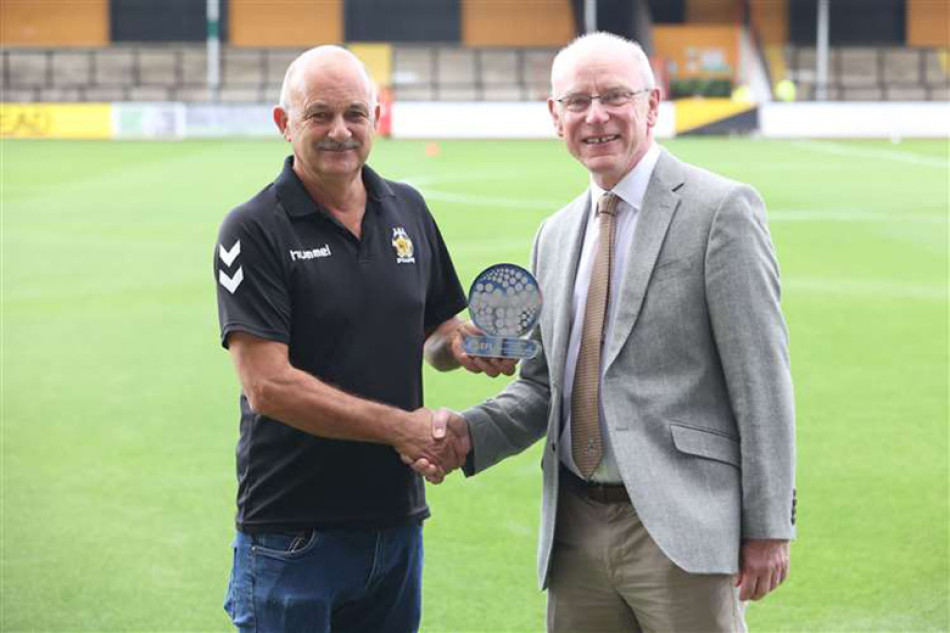 He first became head groundsman in 1979, aged 19, and was the youngest person in the Football League to hold such a role.

Darler was asked to take on the role of stadium manager, and then became the safety officer to cover match-day organisation and work with the local authorities, a job that he did for 30 years alongside being stadium manager and head groundsman.

Darler, who was presented with his award by United chief executive Ian Mather, said: "I would like to thank the EFL for the recent Long Service Award that I received, it came as a complete surprise.

"I can honestly say that the 43 years I have been at Cambridge United have flown by and it has given me the opportunity to look back at the roles I have covered in some form during that period and the awards I have been fortunate enough to have won."

Darler, who has published a book on his time at the Abbey, added: "I would like to take this opportunity to thank all the staff and volunteers I have worked with over the years and to all the companies who have donated thousands of pounds of materials/services and products to me which have helped to keep the stadium safe and looking smart for its age."