by Charmian Robinson
in Industry News
on 05 Oct 2013 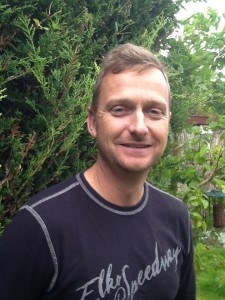 From October 2013, Richard Heywood joins Macclesfield based Campey Turf Care Systems as Product Specialist covering Scotland, North and North East of England. He will be responsible for identifying and developing new sales opportunities for the whole range of Campey machinery including Imants, Dakota, Vredo, Koro by Imants, Raycam, Omarv and the latest addition; the Air 2G2 Air Injector.

Richard is very well known and respected professional salesman in the sports turf industry. He has acquired a wide and in-depth knowledge of his craft over the past twenty five years. Working with some of the leading names in the machinery industry, Richard has proved to be an effective, popular and highly motivated individual with an abundance of knowledge and excellent contacts in the business.

"We are very pleased to welcome Richard on-board" said Campey Managing Director, Richard Campey "He comes with a successful sales track record and will be a valuable addition to our team.

"He brings with him an insight into the needs and aspirations of our groundsmen as well as direct experience from working with other machinery suppliers."

"Now that he has the full weight of a leading professional organisation with its wealth of resources at his disposal, Richard will be able to offer a full range of the highest quality equipment to new and existing clients."

Richard lives in Johnstone, Renfrewshire, in the lowlands of Scotland, with his wife and two children and will pursue his new career with Campey Turf Care Systems from this base. "I am delighted to be joining Campeys" said Richard "I know many of the team already and am looking forward to meeting the challenge ahead with the back-up and support of such a respected organisation."

Richard can be contacted by email: richard.heywood@campeyturfcare.com or on his mobile 07712 395 530
Campey Turf Care Systems is one of Europe's largest independent grounds care machinery suppliers. Over the years Campeys have earned a reputation for offering practical advice and superb aftercare service.