0 Can You be Better, or is this as Good as you are Going to Get? 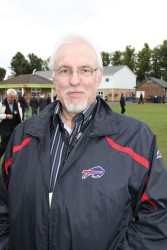 Like many others who made the move from management to skills training, I was soon made aware of what many call the 'Conscious Competence Model', more accurately described as Albert Bandura's 'Four Stages of Learning'.

For me - when I first learned to drive a car - the process of learning went as follows:

As a non-driver watching experienced drivers close up, I was blissfully unaware of just how much of a skill it was and how much training would be needed for me to reach competence. I was totally unaware of how incompetent I was.

During my very first driving lesson it became immediately clear just how much I did not know and how much I could not do. I had no idea from watching experienced drivers that each of my limbs would have to perform different actions (at the same time), that I had to look forwards and sometimes backwards and that I had to be able to use the gear stick and all the other controls without taking my eyes off the road. At my first lesson I became very aware of how incompetent I was.

As more time went by I began to forget how much I could do without having to think. My limbs could automatically do different actions (at the same time), I could look forwards and backwards and I could locate all the car's controls without taking my eyes off the road. I eventually became unaware of how competent I was - that is until I nearly had an accident. Then like everyone else in that situation - I went back to 'conscious competence' and concentrated more whilst I was driving - for a while at least.

A positive expectation can be crucial to your continued skill development, and the power of this expectation will 'kick in' between stages 2 and 3 above. As we go from incompetence to competence we, at some point, will consciously or unconsciously ask ourselves the question: 'Can I be better - or is this as good as I am going to get?'

The messages we send to our body and limbs, as they strive to master new skills or achieve greater competence, have also been observed and analysed by Dr Bandura.

How many times have you been on a sports field or a golf course and played a great shot or scored a really good goal, and said 'that was a fluke'?

This is, apparently, a very normal reaction when you play rather well the first time. When you do it again it's not such a fluke and you may not make that comment. When you play a great shot or score a great goal for the third time in a short period, then it's no fluke. You are getting better. You are getting good at this game!

Sadly, there are people who do not see you play so often who will try to tell you that it was a lucky shot or a jammy goal - 'Bet you can't do that again!' This does not help your skill building or your confidence when it happens. I often wonder why people say such things. I usually conclude that this is to put you off or to comfort them when they are not playing so well themselves.

Worse, these people are usually not around when you consistently show improvement. For example, when you are playing computer games for long periods and your hand/eye co-ordination or body balance is progressing in leaps and bounds as the minutes and hours tick by.

When you return to the game after some success, your confidence is higher and your expectation of further improvement is greater. The more often you play well the greater the expectation you will continue to play well. If you do not practice for a while doubt may set in, your confidence might lower and your performance can suffer.
So many times we hear football managers say that they select the match team on the basis of their players' fitness and performance in practice games. This is because the manager (who sees a consistent good performance from players during practice) expects that performance to continue on to the field on match day.

Those of us in supervisory or other leadership positions can also expect that individuals and teams will do well at work if we:

1. Identify the competences we need them to display
2. Train them and let them practice until they become confident and competent
3. Resist telling them that their good performance is a fluke!

Why number three? Because they are worrying enough about it themselves and do not need you to validate in their minds that it was just a fluke. Dr Bandura concludes that when we think a good performance is a fluke, our performance can peak at 'the fluke' and then go down or progress more slowly.

He concludes that you and I can be better if we will stop thinking that a good performance is an exception or a fluke. Our performance will exceed our expectations (permanently), and we will move faster towards a much higher peak, if we will just say to ourselves 'You are getting better' rather than 'you were lucky that time'.

I would like to encourage you to have a positive expectation of yourself. In a learning or challenging situation, you may need to stop remembering past mistakes and start recalling how you felt when you were successful at learning a skill or overcoming an obstacle.

Most of us 'hope for the best', but sometimes we 'fear the worst' so much that we prepare more for the consequences of failure than we do for the prospect of success.

I am asking you to prepare for success by concentrating hard and then expecting it to happen. Some success will happen quickly and some will take a little longer. May you have lots of little successes and some big ones, and may you reach your full potential much sooner!

If you have staff who are not working to their potential, and you think it might help to talk about it, you can contact Frank directly via the contact tab of his personal website www.franknewberry.com