We are less than two days away from the start of The 147th Open and Craig Boath cuts a surprisingly relaxed air. The Head Greenkeeper at Carnoustie, has lived and breathed The Open for the past year and is ready for the show to begin. This is his domain - and the eyes of the sporting world are watching.

It is not because of an attack of nerves that he is not getting much sleep, however, but the number of hours he has to be on or around the course. "You always want to be on top of things, proactive rather than reactive," he explains. "The alarm goes off at 3.15 and we're out of the sheds and onto the course at 4am." It is many hours before he heads for home again.

In total, there are 35 Greenkeepers from Carnoustie, six more in a divot team, some overseas volunteers, and a number from other Open venues. With the fairways baked hard and fast this summer, Boath has been most keen to keep the greens playable.

A 19-year-old apprentice when fellow Scot Paul Lawrie won The Open here in 1999, he has rarely seen the course looking so dry. "We've had odd years when it has been brown, but not many like this," he says.

One of his main tasks is to make sure the putting surfaces are receptive. "You need to be in control of your greens," he explains, "because if you let them dry out, the speeds and the firmness get away from you. They're not soft, but you don't want balls snaking all over the place.

"It helps that we're always preparing for a championship here. We've had The Senior Open, The Women's British Open, the Dunhill Links and The Amateur Championship. It's fair to say, though, that we've always got The Open in the back of our minds. This is the pinnacle of a greenkeeping career."

If Boath has a fear it is that the world's best players will find scoring too easy if the conditions remain benign. As with all links courses, much will depend on the wind. He is pragmatic, however. "You want the course to be playing tough but fair, yet if it is good golf and great entertainment, then that's what the spectators and television viewers want to see. 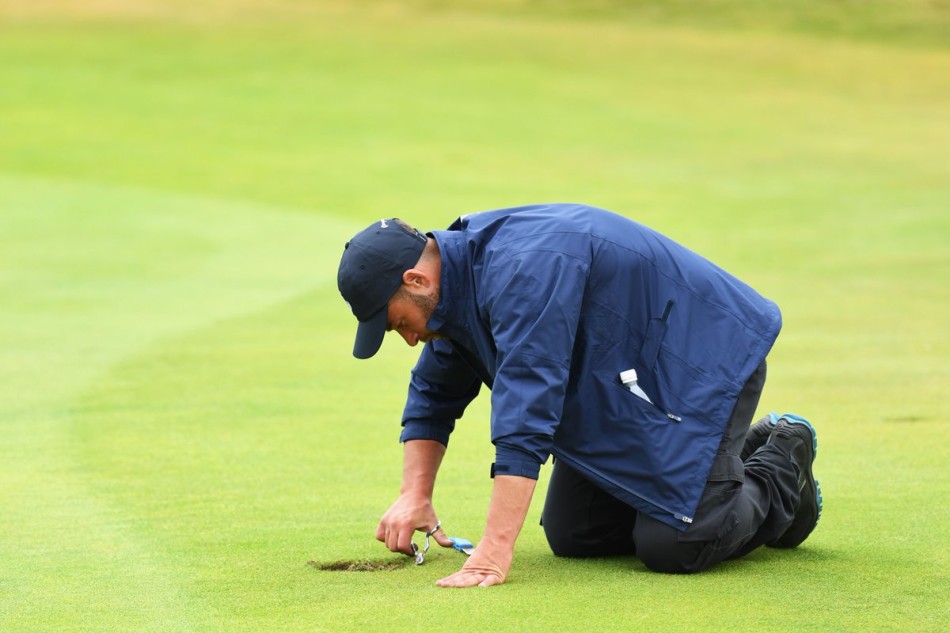 "I'd like to see the wind getting up a little bit, to have just enough bite to throw people off. A couple of changes in wind direction would be good so that players have to think a little bit more."

To a man the players are talking about course strategy, whether to take an aggressive or a cautious approach off the tee. For this nine-handicapper, who knows every hump and hollow, every twist and turn of these famous links, the world's greatest golfers would do well to heed his advice.

"You don't have to attack the course," he stresses. "You don't need to hit driver, especially with the fast-running fairways. It's about avoiding the bunkers (of which there are 112), ditches, water hazards, gorse, rough and so on. It's all about strategic play."

Asked to choose his favourite holes, he plumps for the 2nd - "a classic links hole" - and the 15th.

"With the fairways running so fast, you have to commit to playing a short iron off the tee at the 15th as you could easily run out of fairway," he says. "Then you have a tricky entrance to the green, with four bunkers to thread the ball through and a run-off at the back."

So, if he were Tiger Woods's caddie what club would he put in his hand at the 15th?

"It would be a six- or a seven-iron off the tee, which would leave him about 190 yards to the centre of the green. With the wind behind, he would thread the ball through the bunkers with a nine-iron - and take a single putt."

And with that final word it was back to work.