by Football Foundation
in Synthetics and Football
on 13 Oct 2019

Michael Carrick and Alan Shearer are just two names on an illustrious list of footballers who have nurtured skills and transformed their lives at Wallsend Boys Club. On Monday, the star players rolled back the clock to unveil the club's new full-sized floodlit third generation (3G) artificial grass pitch at Kirkley Park. 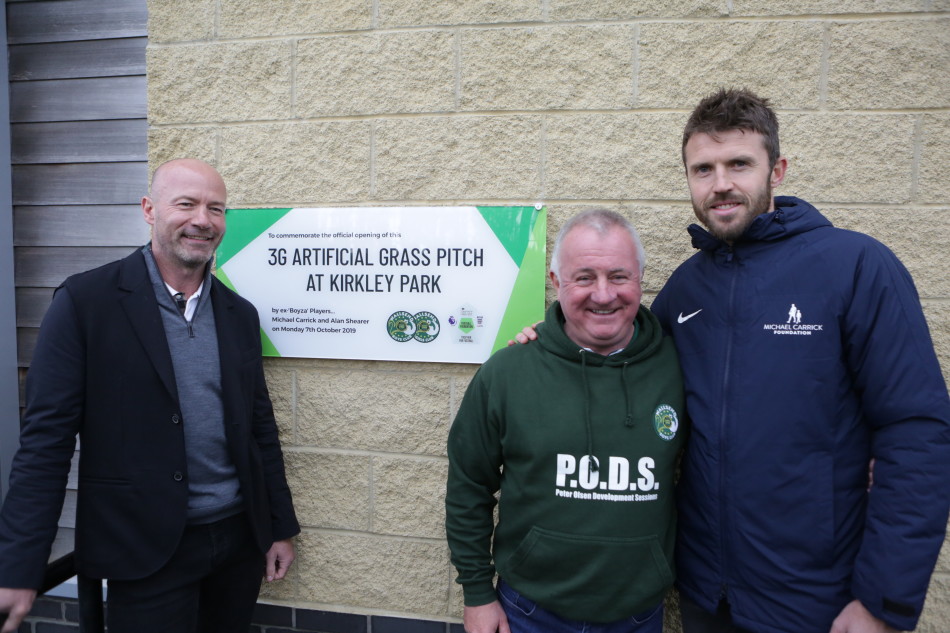 There are few community football clubs across the UK that can claim to have made such an impression on the professional game as Wallsend Boys Club. In addition to Shearer and Carrick, the club has produced over 85 professional footballers including Steve Bruce, Fraser Forster, Steve Watson and Lee Clark.

Despite a proud history of producing elite footballers, Wallsend's focus has always been on transforming the lives of grassroots footballers through the power of football.

The club was founded in 1904, with the aim of using sport to improve the lives of apprentices at the Swan Hunter shipyard on North Tyneside. That ethos of community empowerment continues to this day.

Future generations of talent at the club can now continue to thrive without the worry of postponed fixtures during the harsh winter months thanks to the new facility, which can be played on all year round, no matter the weather.

The new playing surface is located on the same site that received a £1m grant from the Football Foundation in 2007 to provide grass pitches and changing facilities. These investments helped support the creation of an additional 27 teams at Wallsend Boys Club over the last ten years. The new 3G artificial grass pitch will provide a platform for the club to continue developing.

In 2013, the North Tyneside Pitch Playing Strategy developed by the local authority recognised a need to create more 3G pitches in response to rising demand for better playing facilities. It identified the Wallsend Boys Club as a strategic site for development. As a result, it is anticipated that the new pitch will support the recruitment of more than 300 new players across 21 teams at the club over the next five years.

Steve Dale, Chairman of Wallsend Boys Club said: "The Club is delighted with the new facility and on behalf of all our hard-working volunteers at Wallsend I would like to go on record to thank the Premier League, The FA and Government's funding through the Football Foundation for their investment of over £564,000. We committed the £250,000 from our reserves that we received when we sold our remaining lease at Station Road to North Tyneside Council in 2012."