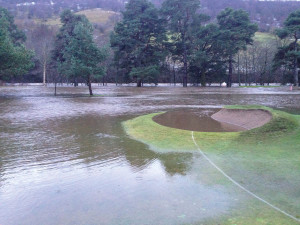 A major climate report has shown that more needs to be done to tackle climate change and protect the natural environment in Britain, which is already feeling the effects of climate change. According to the report, the main risks to the country are from further flooding, heat and impacts on food and farming.

The UK government is required to publish a report on the risk from climate change every five years; this latest report from the Committee on Climate Change (CCC), released on Tuesday, shows that conditions in the UK are mirroring those seen around the world, with rising sea levels, higher average temperatures and more extreme weather events observed in recent years.

Produced over three years by hundreds of experts, the latest report from CCC's Adaptation Sub-Committee shows that trends in the UK seem to be in line with predictions of climate change impacts, with milder winters, warmer summers and episodes of sustained heavy rainfall.

The CCC warned that last month's Brexit vote could have implications for the UK's climate change adaptation if EU policies on emissions or environmental protection are withdrawn and not replaced by equivalent or better measures. The CCC's Adaptation Sub-Committee will be assessing the impact of the vote, but won't deliver any findings until June 2017.

According to the CCC, the most urgent risks to the UK include: