by External source
in Football and Synthetics
on 02 Mar 2016 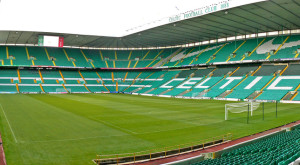 Celtic Manager Ronny Deila insists artificial pitches are the future - and he would have no problem turning Parkhead plastic.

Deila reckons critics such as Rangers manager Mark Warburton are living in the dark ages when it comes to installing synthetic surfaces.

The Gers gaffer has been critical in recent weeks and slaughtered Kilmarnock's Rugby Park astroturf after striker Martyn Waghorn was crocked.

Deila sees it differently and would take a decent 3G over a sodden grass pitch any day of the week - and he's convinced it won't be long before everyone embraces the future.

Deila would welcome the change - as long as the pitch was as good as the astro at Celtic's Lennoxtown training base.

The Hoops boss said: "I would say yes. I wouldn't have a problem with it. It has to be perfect with a proper watering system around it but yes. It would take a few years to get to that stage."

"It's been raining a lot here. We have a very good, experienced ground staff. If they can't make it perfect, it's tough. That says something about the problems that you have with the weather here."

"Players' attitudes will change when you have it. Go out there on our artificial surface on the training ground, that's a good one. And we keep it like that."

"You can also think, if we had it at Celtic Park, all the teams could play there. Imagine what Celtic Park could be."

"You could train there every day, you could be very familiar with it, get perfect circumstances all the time. So there are a lot of positive things."

You can read the full article from the Daily Record HERE