by External source
in Industry News
on 18 Jul 2013 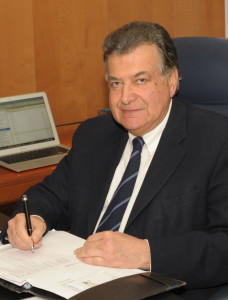 Despite challenging market conditions and the trauma of an earthquake in 2012, the manufacturer of Landini, McCormick and Valpadana tractors continued to improve its profitability through increased efficiencies.

"Despite weakness in markets where ARGO Tractors has always performed particularly well, we are able to report a positive business trend and satisfactory operating results," says Valerio Morra, chairman of the ARGO Group. "In May 2012, we faced disruption when an earthquake struck the area in which ARGO Tractors operates. It halted production for a time but the dedication shown by our employees ensured that we overcame the negative effects of this event."

ARGO Tractors operates four factories in northern Italy manufacturing components and assembling tractors from 35hp to 230hp. It has distribution companies in a number of important export territories, including Europe, South Africa and the Americas.

The tractors are distributed in Great Britain by AgriArgo UK from offices and a parts distribution centre at Harworth, near Doncaster, South Yorkshire. The Landini and McCormick products are retailed through separate dealer networks, with the specialist Valpadana tractors handled by both.

Despite the contrasting performance of different markets in 2012, sales volumes enabled ARGO Tractors to maintain its global share and achieve 83% of sales revenues from exports. While market performance in central and northern Europe was "fair", says Mr Morra, there was a considerable drop in demand for tractors in the countries of southern Europe, an area where ARGO Tractors sales are strong.

Group turnover of €472.9 million was especially encouraging given a global slump in demand for specialist fruit, orchard and vineyard tractors - a product category for which ARGO Tractors is a leading supplier due to the acknowledged performance, features and specification choice of tractors such as the Landini Rex and Valpadana range. 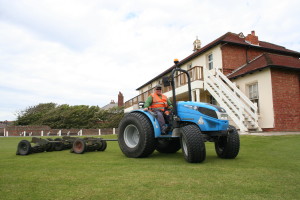 Financial performance indicators show that ARGO Tractors continued to benefit from measures instigated in 2011 to reduce running costs and working capital. EBITDA improved by 8% to €42.9 million last year, while EBIT improved 12% to €29.6 million.

"Another investment plan is now underway to maximise efficiency in every manufacturing process," says Mr Morra. "At the same time, we remain committed to the substantial investment plan that will deliver a totally renewed product range by the end of 2015."

The first fruits of that intense design and engineering programme were evident at the SIMA exhibition in France earlier this year where the new McCormick X7 Series four- and six-cylinder tractors were previewed. They are scheduled to enter initial series production in autumn this year and will be followed by further innovations in both the medium and high horsepower categories.

Mr Morra concludes: "Dedicated commitment in all management spheres and the pursuit of development goals will guarantee the success of our Group, which competes in the global market as the true embodiment of the Made in Italy concept."