by External source
in Industry News
on 29 Nov 2015 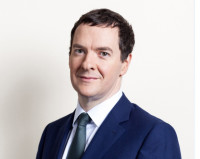 The Chancellor of the Exchequer George Osborne, in the 2015 Spending Review, confirmed that funding for sport has been protected in real terms throughout the rest of the current Parliament.

Despite widespread cuts to government spending, the funding for UK Sport has increased by 29%, while the Sport England Grant-in-Aid budget will increase and its 2017-21 budget will be at a very similar level to 2013-17. The budget for the UK Anti-Doping Agency will remain the same and funding for the Sports Ground Safety Authority will go up.

The Chancellor also announced that the Department for Culture Media and Sport's administrative budget will fall by 20%, and that public health spending will be cut by just under 4% per year.