by Football Foundation
in Football and Synthetics
on 21 Jul 2019 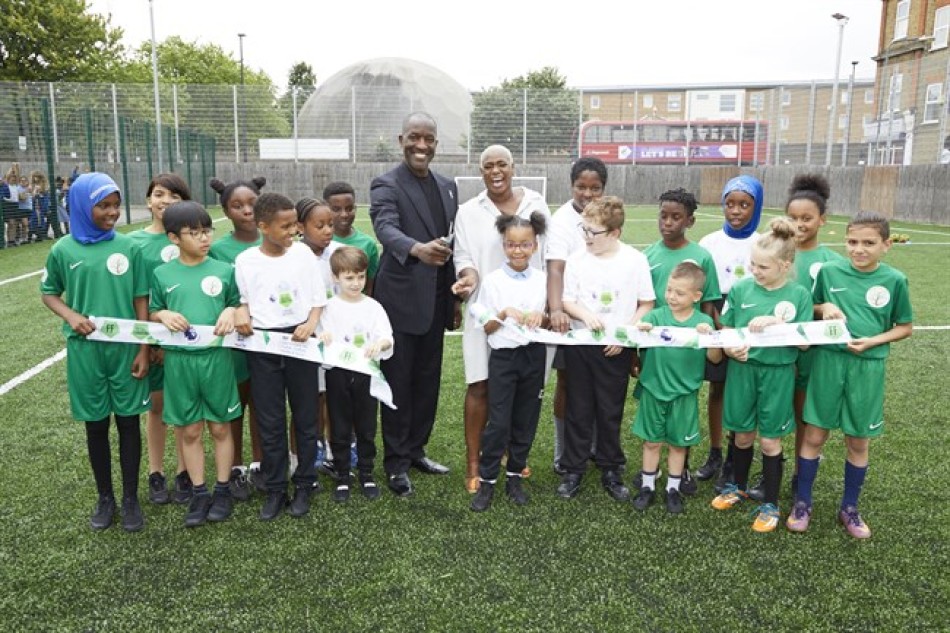 After netting a £94,701 grant from the Football Foundation, work begun on the site in April 2019. The new 3G pitch replaces a macadam playground, giving students at the school a safer facility which can be used all year round in any weather conditions to play a wide range of sports and games.

Having been identified as a high priority site by London FA, the 3G pitch will provide a suitable playing area for Mulgrave School, Greenwich Public Health and Greenwich Cooperative Development Agency to engage with the community and promote sport.

The pitch will also be available to community groups during the evening and weekends, which will support London FA's objectives to increase football provision in the local area. It is anticipated that over 1,200 people will start playing football at the site over the next five years, representing a 2,180% growth. The formation of 12 new female teams will support an additional 180 girls and women playing competitive football during this time frame.

Martha Holder, Headteacher at Mulgrave Primary School, said: "I am so excited that our school and the local community now have a brand new 3G pitch courtesy of the Football Foundation. We would never have been able to afford this without their generous funding of £94,701.

"Our children at Mulgrave Primary School could not believe their eyes when they walked into the playground after the Easter holiday to see a fully installed 3G pitch ready and waiting for them, belonging to them. The new pitch continues to create such a buzz around the school with parents, children, staff and visitors. We have already had lots of enquiries into letting the pitch from the local community.

"A direct impact of the new 3G pitch has been the increase of P.E. taught to children across the school. All classes now have an additional P.E. lesson at lunch time taught by a professional coach.

"We know that rigorous exercise is an important part of education here at Mulgrave school. By having this 3G pitch we are able to increase the engagement and amount of time children take part in physical education throughout the year; hopefully giving them a lifelong love of sports and ensuring they keep healthy throughout their lifetime."