0 Charterhouse strengthens Representation in the North 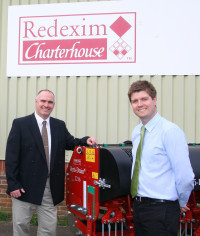 Dougie brings a wealth of experience with him as he initially was a groundsman working at Murryfield. He then moved on to being a product demonstrator, and latterly an area sales representative for a well respected John Deere dealership in Scotland.

In announcing the appointment, General Manager at CTM Nick Darking explained, "When the vacancy occurred we went about setting the criteria for the ideal candidate, and there was Dougie. Not only does he have hands on experience, he also comes with a solid sales background. We're delighted to have him join the team and expand our position in the North."

Any spare time Dougie has is spent playing golf, watching football or tinkering with classic cars.