Chelsea Football Club announced this week that it has put its new stadium project on hold, blaming "the current unfavourable investment climate." 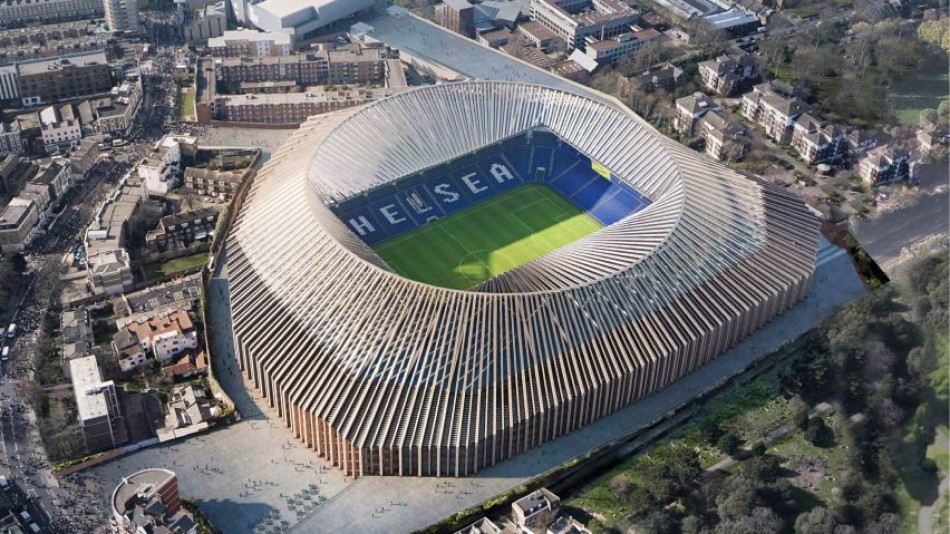 According to the London club, no further pre-construction design and planning work will occur on the Stamford Bridge project, designed by architects Herzog & de Meuron, and no timeframe has been set for it to reconsider its decision.

The 60,000-seat stadium was granted planning permission in 2017 and had received the green light from the mayor of London, Sadiq Khan.

The striking design was inspired by the terraced brick houses around the stadium, also taking notes from the gothic architecture of Westminster Abbey. A series of 'brick ribs' were to have run from the outside of the stadium, up its roof and down into the interior, forming a rectangular opening above the pitch.

The cost of the project was initially £500m but reports in November last year said internal discussions at the club had put the figure closer to £1bn.

The project has faced several obstacles since it was first announced in 2015. It was threatened last year because of the possible damage it might cause to the nearby grade I-listed Brompton cemetery and its population of endangered bats, while a local family, whose house is the closest residence to the ground, later took out an injunction halting the plans under their 'right to light', before Hammersmith and Fulham Council intervened in January.