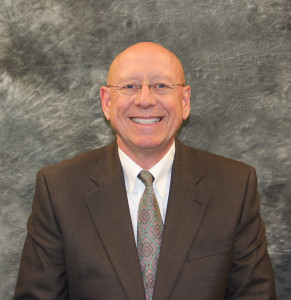 Chuck Greif, the former Director of Sales for Jacobsen's Eastern region of the USA, has been appointed Managing Director, Asia Pacific, and will be relocating to Singapore with his wife Laurel in the near future to head up the company's operations in the Far East.

He is backfilling the vacancy created by Alan Prickett's recent move to head up the Ransomes Jacobsen operation in Ipswich, England.

He left in 2004 to join cleaning solutions group Alfred Karcher as Vice President of their commercial products division before beginning his career with Textron in 2005 as Director, Product Development at
E-Z-GO in Augusta, GA.

In 2008 he was promoted to the role of Director, Global Specialty and Pre-Owned Vehicle Sales where he successfully developed a new dealer financial and business plan strategy. In 2009 he joined Jacobsen as a Regional Sales Manager and was promoted to his former role as Director of Sales for the Eastern Region in 2012.

Commenting on his appointment, Alan Prickett said, "I'm absolutely delighted that Chuck will be inheriting the role I previously occupied, based out of Singapore. His leadership has been instrumental in our recent success in the USA and his extensive experience in Asia from earlier in his career will be a vital factor in the continued growth of our business in the region. He has an excellent team on the ground in both Asia and Australasia and we look forward to the delivery of significant results to the business."