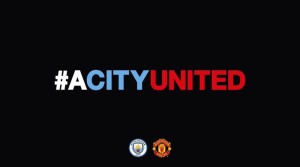 Premier League football clubs Manchester United and Manchester City have clubbed together to donate £1m to the emergency fund set up in the wake of Monday's fatal suicide bombing in the city.

Under the banner #ACityUnited, the clubs have supported the We Love Manchester Emergency Fund and "continue to explore opportunities" to support the city.

The fund was set up by the Lord Mayor and British Red Cross following the attack at the Manchester Arena, which saw 22 people killed and 64 injured, many of whom were children.

Contributions made by the clubs has seen the total fund swell to £3m in just over 24 hours.

Manchester United, who won the UEFA Europa League on Wednesday, dedicated the victory to the memories of those who lost their lives.

Local Super League club Salford Red Devils have also announced that all the proceeds received during the match against the Catalan Dragons on Friday 26 May will be donated to the families of the victims.

Marwan Koukash, chair of the club, said: "This is a chance for the club and our supporters to show their respects to the victims of these horrible attacks, and show unity in the face of adversity."