0 ClearWater - a winner at BTME! 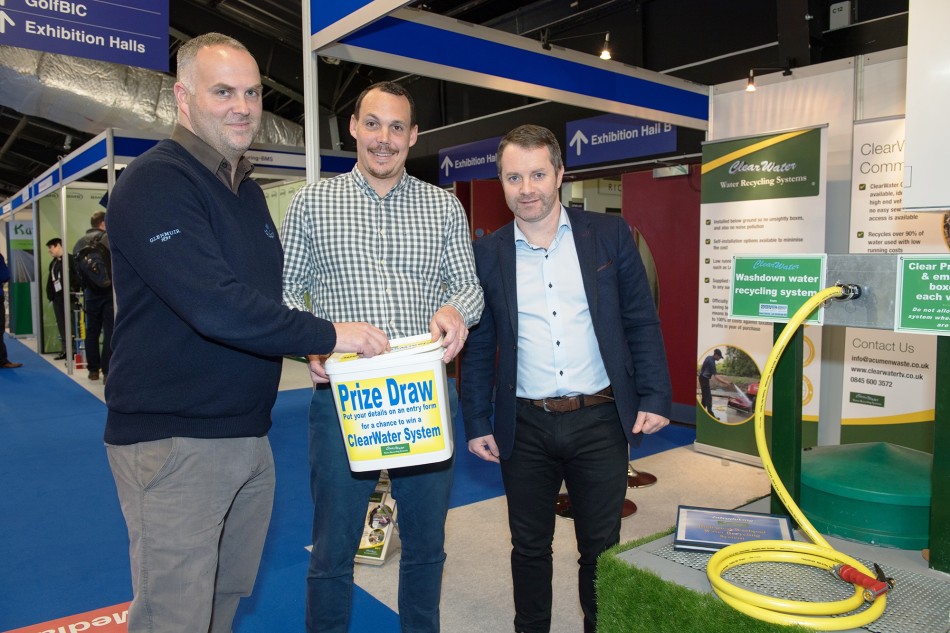 ClearWater was a hit at a very successful BTME for Acumen Waste Services Ltd. with a good number of enquiries taken.

ClearWater's sales and development manager, Matthew Mears, was most impressed with the first show he was responsible for and commented: "A great show that served two purposes; a chance for former Highspeed directors Andy Vincent and Dave Mears to say their goodbyes after a 25 year stint at BTME and also, for Acumen to establish themselves as part of BTME and demonstrate commitment to the future of ClearWater with customers old and new!"

The stand was certainly busy and footfall up on last year with more overseas interest too. The latest ClearWater display unit was on hand and proved useful to explain the virtues of the system (as our photo shows). There were many visits from Greenkeepers and others with specific interest in washpad compliance and had seen pre-show publicity for ClearWater.

Towards the end of the last day the big event was the Prize Draw. Steve Lloyd (seen here), course manager of The Worcestershire Golf Club and last year's winner was happy to make the draw. The system was won by Crosland Heath Golf Club, a heathland course with stunning views located on the outskirts of Huddersfield, designed by Dr Alister MacKenzie and formed in 1914. The winning entry was placed by head greenkeeper Richard Holmes. Richard was delighted to learn of the win and said: "Very happy to be compliant now. ClearWater is what we have wanted for a long time; something we have strived towards". A new ClearWater system will be on its way to Crosland Heath very soon!

A great show for Acumen and ClearWater and with impressive organisation and support from the BIGGA team!