0 Club picks up the pieces after thugs attack pitch

Rotherfield United face a bill of up to £10,000 after vandals ploughed a car into goalposts then set it alight. 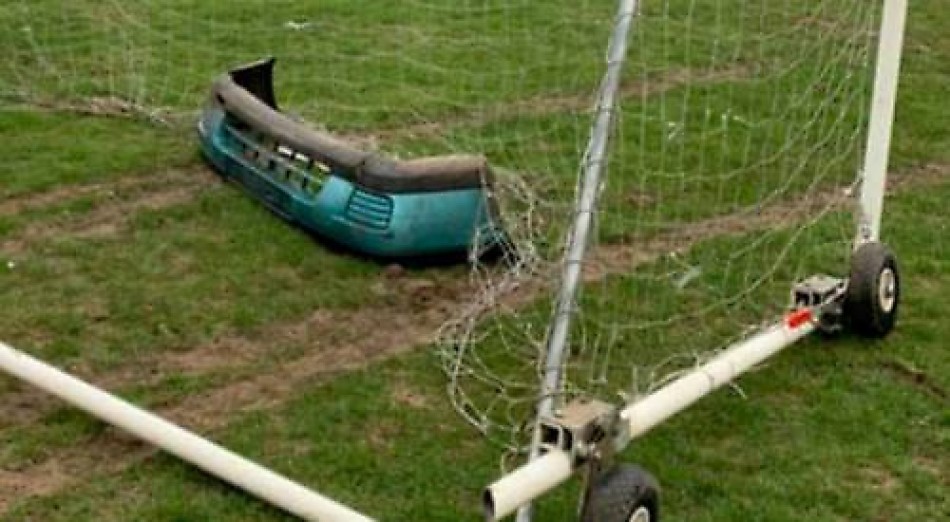 The culprits entered Rotherfield United's ground off Horsepond Road, Gallowstree Common, through a patch of woodland before driving around one of the two main pitches and a nearby nine-a-side pitch.

They shunted a pair of moveable goalposts around the fields, snapping the crossbars and buckling the wheels, then drove back into the woodland and set the turquoise Nissan ablaze before fleeing.

Firefighters attended the incident, which happened at about 6am on Tuesday last week.

A member of the public alerted club chairman Andy Tidswell at about 7.30am.

Mr Tidswell said he understood the car, which was burned out, had been stolen and he could only identify the colour because the front bumper had snapped off.

The attack also left deep tyre marks in the ground and the club had to find alternative venues for that weekend's home fixtures.

Mr Tidswell said the vandals couldn't have used the main entrance as this is blocked by a metal barrier so they most likely got in through a discreet dirt track a short distance away.

He said: "These people have taken quite a lot of time and trouble to find an entrance to the woods and find a way through. This makes me think that, potentially, they have knowledge of the area."

"They have gone to some effort but they are clearly wasters. We're obviously extremely unhappy about the behaviour of a group of people who think it's good fun to steal people's vehicles then go off to a local club and destroy the facilities."

"We're cheesed off because of the amount of time and effort we, as volunteers, put into the club to provide football for local children. It makes you wonder about certain parts of society. Clearly we have an element in out midst that thinks it's okay to do things like this."

"They need to consider the impact of their actions on other young members of the community because they're bound to have brothers and sisters who may play for local football clubs as well."

The club must spend at least £4,000 on the goalposts alone as one needs to be replaced at a cost of about £2,800 while the other can be repaired. The rest is needed to patch up the grass.

The club has launched an appeal through the GoFundMe website and has so far raised almost £1,300.

"Our groundsman will need to do significant amounts of work to try to get those pitches back to a playable state," said Mr Tidswell.

"We would also need to gather five or six volunteers to spend a few half days repatching the grass. When we suffer damage like this, it's even more frustrating because we try hard to maintain the standards of the pitches."

The grounds has been vandalised before. 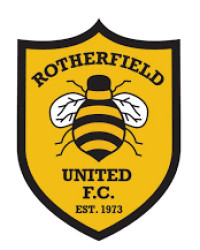 In August 2017, a gang stole three golf buggies from Caversham Heath Golf Club in Chazey Heath and drove them to the site, then smashed them up along with fencing, bins and benches.

Anyone with information should call Thames Valley Police on 101. To contribute to the club's appeal, visit https://bit.ly/2YZrolq

You can read the original article from the Henley Standard HERE