When the ECB asked their Twitter followers to name their club's cricketing heroes, Derek Randall, Harvinder Singh and Monty Panesar were just a few of those mentioned 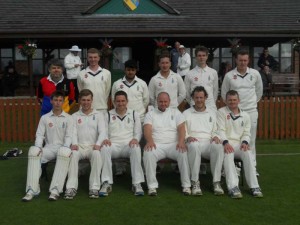 But in amongst them was the lesser known name of Richard Cragg, who has the unconventional role of being Bramhall CC's president and groundsman.

"It is a curious mixture isn't it?" admits Cragg.

His affinity with the Cheshire club started 58 years ago when he started playing for one of the junior teams and barely a day goes by where the 68-year-old is not working at the ground.

The retired English teacher has been groundsman since the Seventies and he played an integral role when the club relocated from their previous home near the centre of Bramhall to a former farmer's field in 1998.

The result of the work by Cragg and the other key men behind Bramhall is a beautifully picturesque setting to play cricket, which was recognised when it was chosen for a Cheshire Minor Counties game in 2011.

Cragg said: "Bramhall Cricket Club is a very large part of my life.

"I suppose I am centrally immersed in the club and a cricket nut - that is probably the best way to describe me.

"A large part of my life has been shaped by the club. And I don't regret being a servant of cricket because I think it is a really beautiful sport and a very complex and artistic sport.

"It would be fair to say cricket has probably governed my life."

For the original article, visit news.thecricketpaper.com.