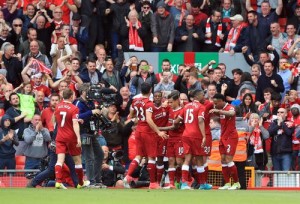 Liverpool has been named as the UK's 'Greatest Sporting City', giving a boost to its campaign to host the 2022 Commonwealth Games.

A research project carried out by sports media company ESPN and the University of Bath found that Liverpool was highly regarded in terms of atmosphere, venues, community, choice and history.

Its sporting achievement, principally the success experienced by both Liverpool FC and Everton FC, contributed to the award.

Manchester, which will host some events if Liverpool is successful in its bid, was named second.

Liverpool's rival to be chosen as the UK's bid location for the Games, Birmingham, came 11th.

Brian Barwick, the chair of the Liverpool 2022 bid, said the news was "not only good for our bid but for our city".

Mayor Joe Anderson said: "Sport is a tool to change the lives of many, and we believe that Liverpool 2022 will do exactly this."

London was named as the third Greatest Sporting City in the country, followed by Leeds, Sheffield and Glasgow in fourth, fifth and sixth respectively.