by Football Foundation
in Synthetics and Football
on 22 Dec 2018 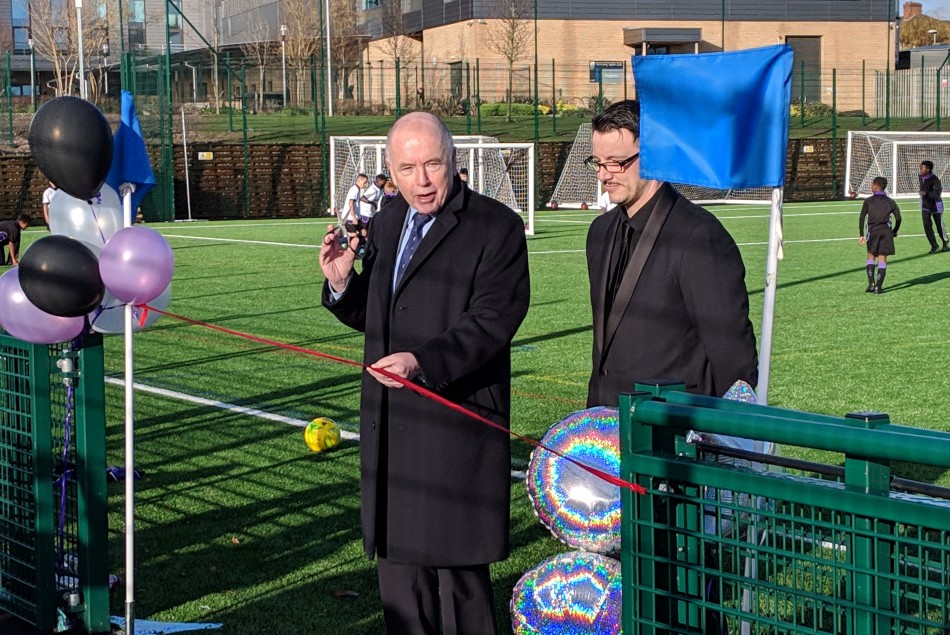 The all-weather pitch at North Birmingham Academy will improve the academy's outdoor sports facilities, supporting the existing sports centre. With over half of the academy's students from disadvantaged backgrounds, this new pitch will make a huge difference by giving every single child access to exciting sporting opportunities all year round. The new facility was made possible thanks to investment from the Premier League & The FA Facilities Fund, delivered by the Football Foundation.

North Birmingham Academy is located in Kingstanding in Birmingham, which educates over 1,000 students from the ages of 11-18. The academy aims to ensure that all children, regardless of their background or postcode, have access to a great education.

In 2013 the academy opened the doors to its £24 million rebuild, which included a modern Pulse Fitness suite, two large dance studios and four changing rooms. The installation of the new full-size floodlit 106m x 70m 3G AGP will now provide first-class football facilities for both students at the academy and the wider community to enjoy.

North Birmingham Academy were awarded a £443,091 grant from the Premier League & The FA Facilities Fund towards the project. Working alongside the Football Foundation and Birmingham FA, a five-year Football Development Plan was compiled to showcase the vision of how sport will be played on site with an emphasis on increasing participation in one of the top 20% most deprived areas in Birmingham.

The new surface is set to support over 1,000 additional footballers playing at the site during the next five years. This represents a growth of 96%, with the most notable increase coming in the Over 25 age group, where a 127% increase in participation is expected.

Since 2000, the Football Foundation Funding Partners' investment has provided 420 grants worth £21.2m towards grassroots sports projects worth over £49.4m across the whole of Birmingham FA's region.

For the original article visit www.footballfoundation.org.uk