by External source
in Football, Turf & Grass Seed, and General Interest
on 03 Jan 2019

The Football Foundation funded projects worth more than £92m during the last financial year, triple that of the previous year. 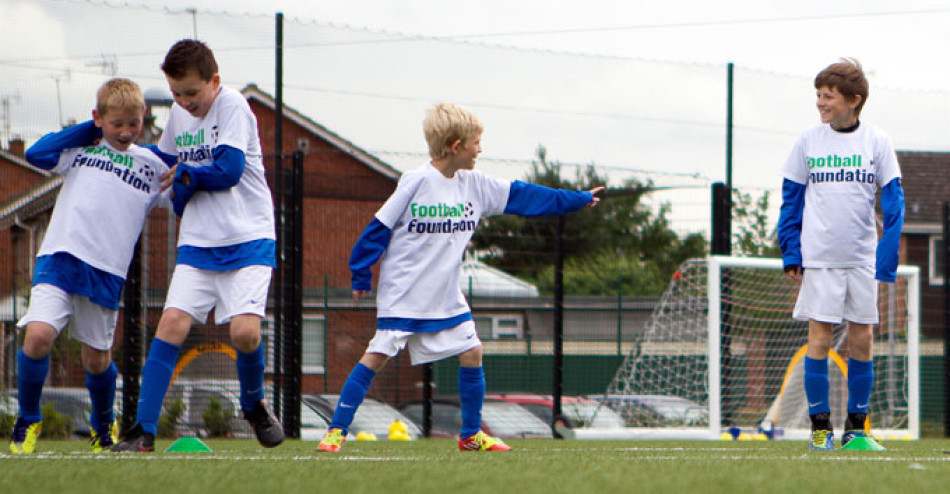 New figures show that the UK's largest sports charity - which is funded by the Premier League, The FA and the Government, via Sport England - awarded 10,115 grants between May 2017 and June 2018, more than doubling the previous record, in 2008.

Investment into community football projects has also risen significantly in the past year, with Football Foundation grants contributing towards projects worth more than £92m, nearly triple the amount invested in the previous financial year.

Last year alone, Foundation funding created 40 new third-generation (3G) artificial grass pitches (AGPs) and provided 36 state-of-the-art changing pavilions, while enhancing 36 natural turf pitches. These, plus a plethora of other projects, have enhanced the experience of thousands of people who want to enjoy playing football simply for the love of doing so and for the health benefits.

Thanks to work that has been carried out in the last 12 months, more than 85,000 additional community footballers are now using Football Foundation-funded sites to play regular sport, including nearly 28,000 women and girls.

Critically, around 40% of the Foundation's investment has been made into the 20% most deprived areas of the country, where health inequality and, therefore, need is the greatest. It is critical that these communities are encouraged to 'get active'. Football participation has increased by 13% at all Foundation-funded sites across the country over the past year.

These statistics are highlighted in the Football Foundation's latest Annual Report, which details key figures from the 2017/18 financial year and features several examples of projects that received Football Foundation funding. In addition to the numerous community football clubs that have benefited from Foundation funding this year, the Report highlights Burton Albion Community Trust, which supports more than 58 local organisations at its new changing pavilion. It also features The College of Haringey, Enfield and North East London (CONEL), which uses a new 3G pitch to support a highly successful football academy in partnership with Leyton Orient FC.

The report also highlights the many new teams that have been established via grants received from the Grow the Game Fund, including Bradford Ladies Disability team, who reached the final of the FA People's Cup despite four of their seven players having never previously kicked a ball.

Other key statistics from the Foundation's Annual Report show:

Birmingham City first-team coach and Football Foundation Ambassador, James Beattie, said: "I'm a massive advocate of the importance of making community football and sport accessible for all and these statistics highlight what an important job the Football Foundation and its Funding Partners are doing to support this.

"I played on some truly horrendous pitches as a youngster so I'm fully behind any efforts to enhance the standard of community football facilities and provide people with greater opportunities to take part in sport.

"This long-standing and enduring collaboration between the Premier League, The FA and the Government continues to be a fantastic agent for positive change and improvement to community football facilities up and down the country. It is hugely encouraging to see the impact the Football Foundation is having on overall participation numbers, not just in community football but across all sports."