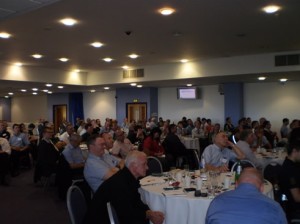 This year's annual conference of the Amenity Forum attracted an attendance of around 180 delegates representing almost all parts of the sector.

The event also had a wide range of exhibition stands from sponsors of the conference and they were kept busy answering questions and involved in discussions throughout the day.

The event had an impressive range of speakers and, from feedback received after the event, the conference was declared a great success.

As one local authority delegate attending said 'This has proved a fantastic opportunity not just to gather information but also to network with key people in the sector. One of the best events I have attended and I would encourage those not here to certainly do so in future'.

A personal message from Lord de Mauley, Under Secretary of State at DEFRA, was received by the conference. In it he stated 'The Government understands and appreciates the economic value of the amenity sector and the contribution it makes to a safe and prosperous society'.

In his concluding presentation, John Moverley, Chairman of the Forum, stated that he felt much progress had been made especially in recent years. The Forum now had almost 45 key organisations in membership. 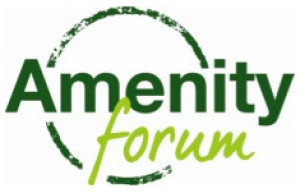 The large attendance at the conference indicated the strong desire by the sector to promote best practice on a voluntary basis and in genuine dialogue with policy makers and all involved.

However he also was very aware that there was still much to be done. Whilst it was good to see representation from most parts of the sector, he was concerned that there remained those still not fully aware of the recent changes.

It was vital that the sector was not let down in its progress by not getting full engagement. He urged those not currently in membership to consider becoming so and, at the very least, register with the Forum Secretary to be on the general mailing list for information, including the half yearly newsletter.

Further information on the conference with copies of presentations is available at the Forum website http://www.amenityforum.co.uk/conference.htm