by Kevin Hawthorn
in Consultancy
on 27 Feb 2005 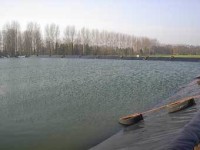 As water resources become a more and more pressing issue, it is worth remembering that there is no water shortage present in the UK. If sufficient rainfall was captured, stored, and distributed, there would be enough for everyone. Indeed, if it rained everyday, starting very lightly in January, and rising month on month to peak in July before falling away again, there would be little need to irrigate sportsturf at all, even with current annual totals of rainfall.

But of course in the real world it doesn't work like this. Whilst industry uses water fairly evenly throughout the year, households use most in summer, and agriculture and sportsturf use it exclusively in summer. So what we have is a storage and distribution problem.

Like so many other issues which were once merely technical problems to be solved by money or technology, the allocation of water resources has now fallen under the growing shadow of regulation, both national and European. Sportsturf users of water (which is pretty much all outdoor grass sports facilities plus some non-grass facilities) will have to adapt to the rapidly changing legislation and find a way around what may sometimes seem to be arbitrary and unfair regulations.

Those responsible for allocating water resources, such as the Environment Agency and water companies, too often show a marked lack of understanding of the issues involved. As consultants working on behalf of golf courses, football and rugby clubs and other sports facilities, we often hear the mantra that irrigating grass has a lower priority than irrigating crops. The officials involved very often have no idea of the water requirements of sportsturf, nor of the economic importance of sports facilities. We are sometimes made to feel as if this whole industry of ours is a mere bagatel, a luxury good of little importance to the nation when compared to growing crops which the tax payer will then pay to destroy or store indefinitely.

Alas, this is the real world within which our industry will have to adapt and survive. All sports facilities will have to put into place long-term strategies to cope with the situation as it evolves, and the good news is that survival is entirely feasible. 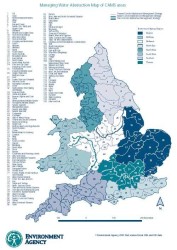 In the past it was normal for licences to abstract water from boreholes or rivers to last indefinitely. Under CAMS they will be time-limited to 12 years, and have additional clauses included which may well lead to restrictions or even temporary bans on abstracting in drought conditions, at just the time irrigation is most critical. At renewal time there will not be a presumption of renewal at the same level, and licence holders, such as golf and sports facilities will have to justify their request with historical records of water use, evidence that they are using water efficiently, and economic arguments for granting a new licence.

It is entirely possible to imagine a golf course, for example, which has been abstracting water quite happily from their borehole for 12 years being told it can have no more water. Not a happy prospect for a club which has invested perhaps £250,000 in an irrigation system only to find they have no water to put through their shiny new pipes and sprinklers.

So what can we do to cope? A twin strategy of obtaining as much water as possible at the best possible price, and using that water as efficiently as possible is the answer.

The sources of water for sportsturf irrigation are mains water, borehole water, streams, rivers, lakes, and winter-storage reservoirs. A mains water connection, whilst usually the cheapest to set up, is far and away the most expensive to use. A typical water bill for a golf club in the Anglia region would be £6,600 plus VAT per annum based on 10,000 cubic metres. In addition, unless the club has a separate dedicated irrigation supply through it's own meter, there would be a whopping £9,500 plus VAT sewerage charge on top. The unit price is set to rise above the rate of inflation in the coming years. More important than cost, however, is the real possibility of watering bans during droughts such as that in 2003. This is a particular risk for large users such as golf courses.

Boreholes are increasingly used as sources of irrigation water. Initial costs vary according to water table depth and ground conditions, but a typical borehole giving 22 cubic metres per hour could cost around £12,000 to install.

Borehole water use still has to be monitored and paid for, but typically at 2p per cubic metre instead of 62p for mains water. The cost of electricity would be around £400 per annum, and prudent clubs would allow for a new pump every 12 to 20 years. So if the borehole were written off over 12 years the annual cost for 10,000 cubic metres would be £1800. It must be emphasized that the savings over using mains water will vary considerably depending on overall usage, local water company pricing and the cost of the borehole, but larger users will always save money.

Extraction from streams, rivers and lakes is also subject to licensing, but if you are lucky enough to have access to such a source it is the cheapest place to buy water. Users in areas with high water tables, such as the Thames basin west of London often extract water from the gravel bed which can be accessed by excavating fairly shallow lakes. Great care has to be exercised however, if incorporating such lakes into a golf course, as water levels can fall in summer leaving a carry over a muddy hole rather than an attractive lake.

A number of sports facilities are now capturing water which falls on buildings and car parks and feeding this back into irrigation tanks. This water is free apart from the cost of transferring it, and can make a contribution to reducing the requirements met from purchased water.

The biggest obstacle facing those sourcing water from either boreholes or surface water is licensing. Increasingly licenses are only being granted for winter abstraction. Indeed, in some areas, the Environment Agency positively encourages winter abstraction from surface water as it aids in flood attenuation. Which brings us on to the question of storage.

If we are looking at golf courses, then up to 35,000 cubic metres of water per annum might be needed on a new-build 18 hole greens, tees, and fairways system. 10,000 to 15,000 might be the more likely requirement for greens, tees and approaches. Given the difficulty of using absolutely all the water stored in a reservoir, it is always best to build somewhat larger than required. Reservoirs can be clay-lined, which is an economical solution, but it is often difficult to avoid leakage, and shallower slopes are required, meaning the reservoir takes up more area. Increasingly users are choosing to build reservoirs which are lined with a butyl rubber liner.

How much does all this cost? Again, costs vary according to location and ground conditions, but recent projects with which we have been involved range from £100,000 for 18,000 cubic metres to £180,000 for 30,000 cubic metres. Not cheap, but if written off over several decades not overly expensive. Most of us own houses costing in this range after all, and manage to pay them off over 25 years even on the salaries paid in the sportsturf business!

Location can sometimes be a bigger factor than cost. An 18,000 cubic metre reservoir will typically occupy an area of 30m by 90m, whilst for 30,000 cubic metres 40m by 100m will be needed. Once the banks and fencing are included you are looking at the area of a football pitch.

For sports grounds on a lesser scale, for example professional football clubs training grounds, it is usually more economical and less aesthetically problematic to install surface tanks to store the water.

There is another solution just coming on to the market now, which is to install an underground tank. Originally developed for storm water attenuation, the tanks consist of a series of plastic cells stacked together and wrapped in a butyl rubber liner. Imagine if you will lots of milk crates stacked together - they are very strong, yet 95% empty. These new systems can be buried under car parks or even golf fairways.

So far we have looked at how to source water, but using what water is available more efficiently not only makes sense economically, but will increasingly be legislated upon us. The authorities will be asking questions about water use and using the answers to determine new licenses both for ground and surface water as well as new mains connections. If you are not already recording your water use you should start now. Increasingly new technology will come to assist in this area. For example, modern PC control systems can record consumption automatically and produce reports when required.

Even better, there are new sports and golf course management software programs which are just coming onto the market, and incorporate record keeping of water, fertiliser and pesticide use in detail. Use of such programs will increasingly come to be seen as 'best practise', and as with health and safety legislation, the authorities will favour those seen to be making the effort. Many sportsturf irrigation users are now commissioning independent water audits to assess the state of their irrigation systems and how effectively and efficiently they currently use water.

There are both technical and agronomic methods to reduce water use on sportsturf. Many older systems apply water at a rate greater than the soil can absorb it, leading to run-off. This effectively means paying to throw away thousands of cubic metres of water a year. Hardly 'best practise'! Modern control systems allow you to apply irrigation in shorter bursts, with infiltration time in between.

There are also many irrigation systems with what irrigation engineers call low co-efficients of uniformity. In simple terms this means that to apply the minimum amount of water required to some areas of grass, it is necessary to over-water others. Again, a waste of precious and expensive water. Most often this is due to poor sprinkler performance or spacing.

User education regarding irrigation is also sometime lacking. Too often we see increased irrigation as the panacea for all turf ills, when it can actually exacerbate many problems. For turfgrass to use water most efficiently there needs to be a good supply of oxygen to the root zone. Compaction and thatch can lead to shallow rooting, and make grasses less drought resistant. They also reduce infiltration rates and lead to higher run-off. Long term programs of verti-draining and verti-cutting are essential in the quest for water efficiency.

Choice of grass varieties also plays a part. If traditional British fescues and bents can be used, water demand will be reduced.

The future will be more complex than the past for irrigation water users. But those who audit water use, upgrade equipment where necessary, store winter water, and use appropriate turf maintenance programs will survive and prosper.