0 Control of Noise at Work Regulations

Control of Noise at Work Regulations 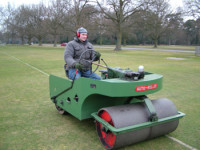 A New European Directive has been adopted to control levels of noise in the work place, these new regulations come into operation from April 2006.

(Noise) Directive (2003/10/EC) which tightens the legal requirements in relation to noise by lowering the exposure action values. The regulations come into force on 6 April 2006 for most industries, but the music and entertainment industry has until 6 April 2008.

What are the changes to the noise decibel levels?

A European Directive has been adopted which means that we must introduce new UK noise regulations by April 2006.

Directive 2003/10/EC on the minimum health and safety requirements regarding exposure of workers to the risks arising from physical agents (noise), which will repeal Directive 86/188/EEC, was adopted on 9 December 2002 and came into force on 15 February 2003. The Directive tightens the legal requirements in relation to noise by lowering the exposure action values to 80 and 85 dB(A).

We now have until 6 April 2006 to transpose the Directive into UK Regulations.