One of west Cornwall's most recognisable characters passed away at the age of 74 on Saturday. 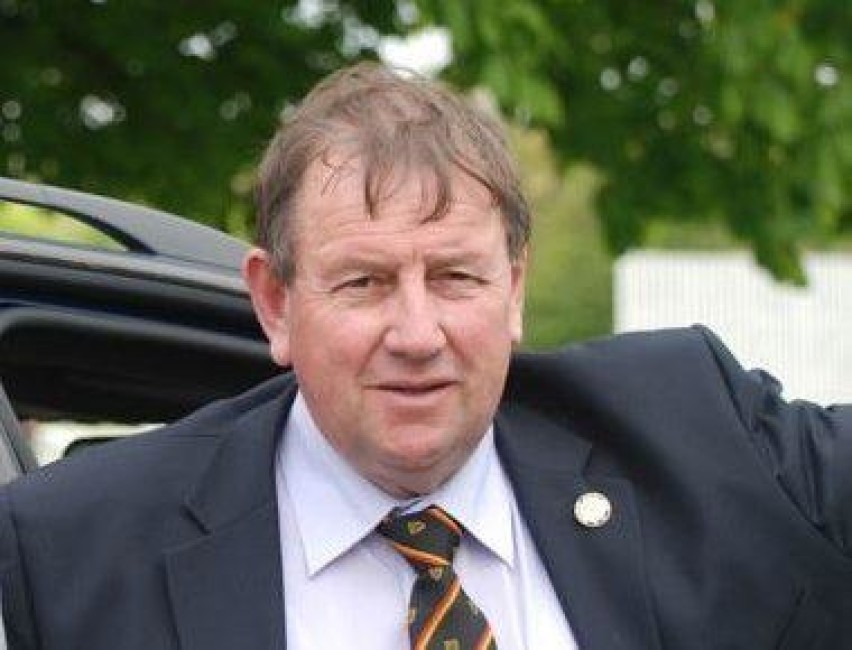 Peter George, who ran the Logan Rock pub with his wife Anita for 37 years, died at the Royal Cornwall Hospital in Truro, having suffered ill health in recent times.

He was well known in local cricket and football circles and his sporting interests also included rugby and horse racing.

His association with St Buryan Cricket Club spanned 60 years as a player, groundsman and club official.

From their days in the West Penwith Saturday League the village club rose through the divisions of the Cornwall League.

After reaching the National Village Cup quarter-finals in 1992 they won promotion to the County Divisions the following year and a decade of top-level success followed.

Peter's sons, Nicholas and Mark, who both played for Cornwall, were joined at St Buryan by the likes of professionals West Indian Test bowler Ian Allen and Pakistan Test spinner Shakil Ahmed.

That was followed by being runners up for the first three years of the ECB Cornwall Premier League.

Peter said at the time: "Being the top club in Cornwall was beyond our wildest dreams."

He was also secretary of the West Penwith Evening Cricket League for the last 50 years.

He and wife Anita were made Life Members for their services.

He organised the popular annual finals at Penzance Cricket Club each year.

He was also a former member of the Cornwall League Management Committee and for many years supplied clubs with ground materials through his haulage company.

He was supported in running St Buryan CC and the WPEL by his wife Anita, who became the first Lady Secretary of Cornwall County Cricket Club in 2000 - a post she still holds.

Peter and Anita were heavily involved with the Cornish Crusaders Cricket Club run by Michael Williams and Father Ken Rogers who both sadly passed away earlier this year.

In the winter months Peter was a leading member in the local football world.

He was president of the Cornwall Referees Association and a proud highlight was when he refereed the Senior Cup Final.

After serving on the Cornwall Football Association Council for many years, he was made a Life Member.

There are numerous tributes to him on the Cornwall Cricket facebook page.

Peter Grant said: "The family of cricket has just lost one of its most dedicated characters. Condolences to Anita, Mark and Nick, you all should be very proud of his many contributions to the game. RIP Peter."

Nigel Sanders added: "I have spent some great days (and evenings) with this very fine gentlemen, I even roomed with him on a tour or two. I am very sorry to hear of his passing and I would like to pass on my deep condolences to Anita, Nick and Mark, my thoughts are with them at this time. Peter will be sorely missed. RIP my friend."

Trevor Angove said: "Very sad news. Peter and Anita formed a fantastic team. Their work in sport and for local charities seemed to have no boundaries. Peter was extremely proud of what his beloved St Buryan achieved and rightly so."

"Over many years I and my father before me had many brilliant conversations with Peter predominantly about cricket but also a variety of other sports."

"Sport and indeed life in the far west of the County will miss everything that was so good about Peter."