by Jonathan Watts
in Conservation & Ecology
on 21 Apr 2020

0 Coronavirus may prove boost for UK's bees and rare wildflowers

Populations could recover as verges are left uncut, setting what conservationists hope will be a long-term trend 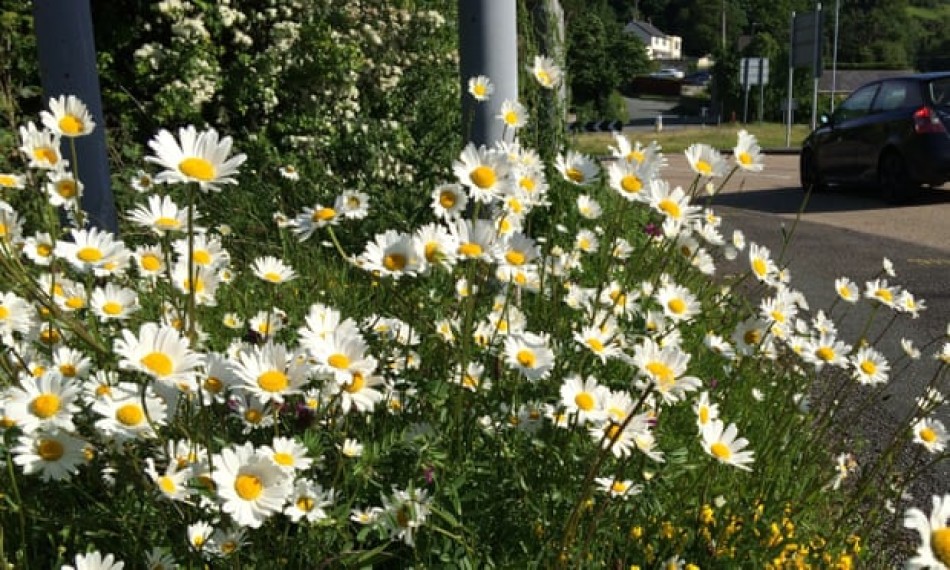 Oxeye daisies (pictured), harebells and other wildflowers could have their best summer for years. Photograph: Plantlife

Rare wildflowers and declining bee populations could start to recover during the coronavirus lockdown because many councils are leaving roadside verges uncut, according to Europe's biggest conservation charity for wild plants.

The respite for these mini-meadows is likely to lead to an explosion of colour in the countryside this summer and bring benefits to other pollinators, including butterflies, birds and bats, botanists at Plantlife said.

Roadside verges are one of the last refuges for the many plant species that have been devastated by the conversion of natural meadows into farmland and housing estates. These narrow strips of grassland are home to 700 species of wildflowers, nearly 45% of the UK's total flora.

Their potential role as conservation areas, however, is normally undermined each spring by local councils when they mow the roadsides. This cuts down many plants before they can flower and seed, leading to a steady decline of oxeye daisy, yellow rattle, wild carrot, meadow crane's-bill, greater knapweed, white campion, burnet-saxifrage, betony, harebell and field scabious. 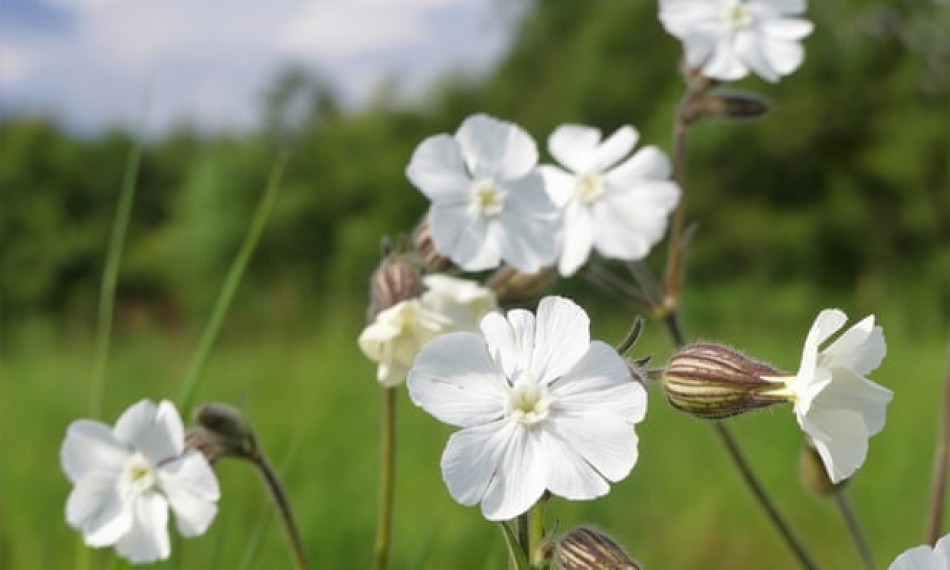 Plantlife says this may be the best summer for years for these plants because several councils are redistributing resources to other activities as a result of the pandemic.

Flintshire, Lincolnshire, Newcastle, Norfolk and Somerset are among the growing number of councils that are scaling back or delaying their verge mowing operations. Some local authorities, such as Devon, had already begun to accept that this should be done later and less frequently.

Trevor Dines, Plantlife's botanical specialist, said this could be a silver lining to the coronavirus crisis. "It's a real opportunity for verges to flower again, some for the first time," he said. "If the lockdown ends in late May, drivers will see great swaths of oxeye daisies and ladies bedstraw." Grass near junctions and sight lines needs to be trimmed more regularly for safety reasons, but he said most stretches of road can be left until much later in the year so that motorists can see the benefits outweigh the risks. "Our message to councils is that if you haven't cut verges until now then leave them until August and gauge the response from the public," he said.

Kate Petty, the group's road verge campaign manager, said the extraordinary short-term circumstances of the pandemic could help to shift opinion and policies with long-term benefits for threatened species such as wood-calamint.

"The fix is startlingly straightforward. Simply cutting verges less and later will save plants, money and reduce emissions. We need to rewild ourselves and accept nature's wonderful 'messiness'," she said.

Dines, who is also a beekeeper, said later and less frequent verge-mowing would help other species that depend on wildflowers.

"This will certainly be good for pollinators. Last year, we already saw improvement in the areas where councils were cutting less. I had my best ever year for honey," he said. "It's also good for mental health. People are desperate for wildlife and colour right now. Let's see what the public response is. For lots of commuters, myself included, verges are the only chance to see wild plants."

This year will almost certainly see much lower levels of wildlife roadkill. Past estimates suggest cars and trucks in the UK killed about 100,000 hedgehogs, 100,000 foxes, 50,000 badgers, 30,000 deer a year as well as barn owls and many other species of bird and insect.