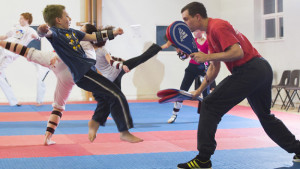 Meanwhile, new figures show the extent of the obesity crisis which is gripping the nation. More than 135 people with diabetes have a leg, foot or toe amputated each week and four out of five of these amputations are preventable. It is estimated that obesity costs the NHS £4.2 billion a year and physical inactivity about £1.1 billion.

Nearly half a billion pounds is awarded by Sport England, the governing body, to national sports bodies to increase participation. Out of the 46 sports only six (athletics, cycling, netball, table tennis, archery and fencing) have so far shown a significant rise in participation rates.

The Local Government Association (LGA), which represents more than 370 councils, says it is imperative national funding is devolved through Sport England to councils and local partners in a bid to boost active lifestyles and in turn reduce obesity and ease pressure on the NHS.

In a new submission to the Government, which is drawing up a new sports strategy, the LGA is calling for councils to be given greater control of how the funding is used. Currently, it is fragmented across various government departments and agencies.

The LGA is calling on the Government and Sport England to rebalance future funding away from national sports bodies and directly into grassroots sports programmes.

Cllr Ian Stephens, Chairman of the LGA's Culture, Tourism and Sport Board said: "We are in the midst of a full-blown obesity crisis which is being exacerbated by plunging levels of grassroots sports participation. This is creating a lost generation of obese kids and putting the NHS under enormous pressure.

"Councils are best-placed to reach those who play sport or want to start doing so, as most sport takes place in swimming pools, leisure centres, parks and open spaces owned or managed by local authorities. However, they are being hamstrung by a national funding system which is not fit for purpose.

"Local government has seen its funding reduced by 40 per cent since 2010, including a recent £200 million cut to the in-year public health budget, while trying to protect vital services like caring for the elderly, fixing the roads and maintaining bin collections.

"Councils need the opportunity to spend this sports funding in the most effective way - on the parks, playing fields and facilities where it can best reach the most people to get active and feel healthier.

"Local authorities already have a great track record in areas where they have teamed up with certain sports to boost participation, such as in cycling and tennis and this should be available to all local authorities to expand upon. The Premier League's recent announcement of investment in school sport is helpful but funding is also needed for the other, less wealthy sports so that as many people as possible can benefit."

Sports participation has already been given a great boost thanks to the work of local authorities. Cycling has seen an increase of more than 100,000 extra people riding bikes at least once a week compared to 2012, bringing the total number of regular adult cyclists to two million. British Cycling credits partnerships with councils as one of the reasons for their success, in particular council support for recreational programmes such as "Sky Ride Local", which are free, local rides led by a trained cyclist.

Tennis has also experienced a resurgence in Sport England's latest Active People Survey, after an initial decrease in participation following the 2012 Olympic Games. The Lawn Tennis Association (LTA) has developed a new approach to working with councils, including using council-owned tennis courts and offering affordable opportunities to play tennis through initiatives informally with access to coaching support, such as "Tennis Tuesdays" and "Tennis in the Park."