A bemused driver said he was "absolutely amazed" to see a council worker strimming a patch of artificial grass on a Somerset roundabout. 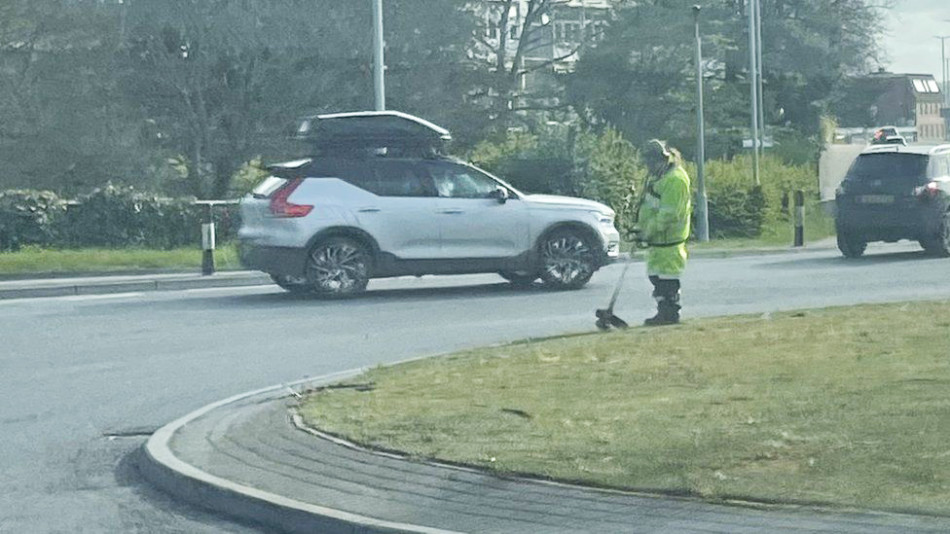 Nigel Castle, 49, was driving through Yeovil when he saw the man attempting to remove weeds growing up through the synthetic cover.

The father-of-three said the damaged plastic should be removed now because of its negative environmental impact.

In a statement it said: "Additional training will be provided.

"We are committed to protecting our environment."

Mr Castle, who lives in Yeovil, was driving and asked his niece to take a photo from the passenger seat of his car on Thursday.

He said he was "absolutely amazed" at the "daftness" of watching someone cut plastic grass.

"They've put plastic grass down, weeds have grown through it and they're strimming the weeds," he said.

He said he later posted the photo on social media to apply pressure on the council to remove the plastic grass in favour of a greener solution.

The aircraft engineer told the BBC: "For me it's about the use of plastic grass which they shouldn't be using.

"It is terrible stuff - there are so many different choices that they could have used. 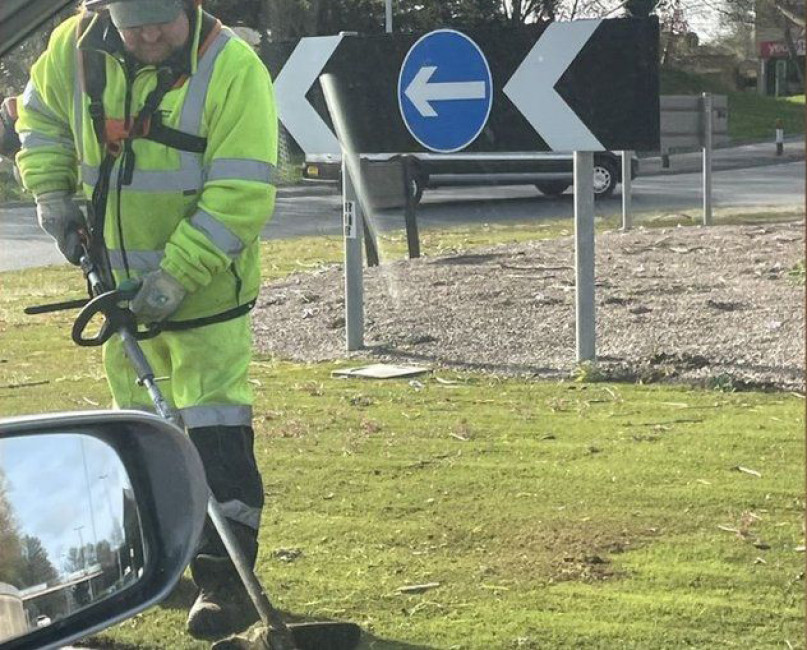 "Clover, for instance, is low maintenance. There's lots of plant cover that they could have put down that doesn't take a lot to maintain and is a lot better for wildlife."

Mr Castle said he wanted to highlight the "nationwide issue" of plastic grass becoming increasingly prevalent across the country.

"Too many people are putting plastic down in their gardens and they shouldn't be.

"It's got nothing for wildlife and all it does is it breaks down and ends up in the waterways.

"We are pumping far too much into the environment."

The council said the roundabout was the only one in its control that had artificial grass.

It said the decision to install it was "not taken lightly" but because of access issues, it was placed there to "ensure the safety of operatives by reducing the frequency of visits".

Therefore a decision was taken to install the grass to give it a "green feel" - something the council accepts was "in no way an ideal option".

It said that it had to "consider the safety of its crews".