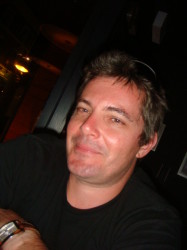 I have thought about writing this for several weeks, since reading an article entitled 'The little things are important' by Richard Lawrence, the managing director of Environmental Turf Technology.

After all, is it really worth the effort making comment on an article written on the other side of the world by someone I don't know? Generally, I agree with some of the comments Mr Lawrence makes but, on some, I do take considerable umbrage as many of his statements are categorically incorrect and totally mislead the reader. For example he states (on page 95 - issue 25) that nitrate is acidic. Wrong, and not just a little bit incorrect, this statement is utterly incorrect.

Repeated applications of nitrate containing fertiliser materials generally increases rhizosphere soil pH. The plant causes the increase in pH itself as nitrate is taken into the root and the hydroxyl ion (OH) is released into the soil. However, when ammonium is the primary form of nitrogen accumulated in the plant, the plant releases acid and the pH adjacent to the root decreases. This rhizosphere pH can be as much as two pH units different than the bulk soil pH, and can substantially alter the population of micro-organisms inhabiting the rhizosphere.

Fertiliser supplied as the ammonium form in cool weather may supply substantial amounts of ammonium to the plant but, at high temperatures, most of the nitrogen to the plant will be nitrate.

Bearing this in mind, as a general guide, when the temperature is below 25°C and/or is in shade ammonium is the preferable N source. Above this temperature and nitrate is preferable.

Ammonium, however, is attracted to the soil particles, so only a portion of the ammonium is in the soil water at any one time. Ammonium concentrations at the root surface can limit plant uptake in certain situations. In soils of high cation exchange capacity or high fixation capacity (prevalent clay minerals are vermiculite, mica, and hydrous mica) the amount of ammonium in solution is insufficient to support optimum nitrogen uptake by the plant. Under dry conditions soil moisture may also limit the movement of ammonium to the root, and plant uptake may be hindered. This means that, in soils with high quantities of ammonium fixing clays or when dry soil conditions are prevalent, ammonium will be inferior to nitrate in providing nitrogen to the plant.

In the case of potassium, which form to use depends entirely on whether you are utilising a granular or soluble/liquid programme and what the status is regarding water. Potassium chloride, although far from the most perfect potassium source available, is perfectly acceptable to use if watered in. More importantly, with whatever form used, is dilution rate, as work in the US suggests that, once you apply product in the case of liquid applications at over 600L/Ha (6L/100m2), it cannot be regarded as being a true foliar application.

Richard Lawrence's comments relating to magnesium are erroneous as magnesium does not react with potassium and go thick in the tank as stated on page 96. Magnesium will have issues if tank mixed with phosphorous as it forms magnesium phosphate, an insoluble precipitate. Whether this becomes an issue can be related to tank dilution rates as discussed earlier.

In relation to his constant comments about sulphur and black layer, this is still relatively anecdotal and there are strong suggestions that other factors may actually play more important roles in this problem than simply moderating sulphur applications.

It is not uncommon, however, to find healthy grass growing on black-layered sand. This suggests that the toxicity of the layers may be variable. It has also been observed that the roots of A. palustris can grow through and clear the black-layer formed by the interaction of cyanobacteria and sulphate-reducing bacteria.

Studies on the physical structure of black-layer have revealed vertical cavities in the layer through which grass roots grow with at least 3mm of clear sand between the root and the blackened sand.

For hydrogen sulphide to be released, the environment must be favourable for sulphur-reducing bacteria. Favourable conditions include:

1. Ample amounts of organic matter and water present in the soil. Organic matter is the food and energy source for the bacteria, and water keeps them hydrated.

2. The bacteria also require that the soil have a low aeration status. This is an extremely important requirement because traces of oxygen poison most sulphur-reducing bacteria. Anaerobic conditions must prevail to produce hydrogen sulphide.

3. One other important requirement is an abundance of some form of sulphur, such as sulphate or elemental sulphur. Sulphur is the respiratory molecule for the bacteria, just as oxygen is for humans. If sulphur molecules aren't present in the soil, the sulphur-reducing bacteria can't respire properly and hydrogen sulphide gas isn't produced.

In relation to comments relating to oxygen I do agree as, with the widespread use of fertilisers and irrigation, more and more it is aeration which has become a major limiting factor to the attainment of optimal growth. It seems likely that root systems are commonly restricted in extent by the progressive decrease in aeration that occurs down a soil profile. Poor aeration can decrease the uptake of water and induce early wilting. 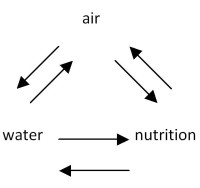 In the case of growing media 'air space is the percent volume of media or media component that it is filled with air after the media has achieved container capacity'. Air space is affected by container height i.e. the taller the container, the more drainage and therefore more air space. For a given bulk density, moisture content and container size, air space is equal to the total porosity minus container capacity. However, the principles discussed apply to both turf and nurseries.

When soil becomes compacted, roots can suffer from a lack of water, nutrients and oxygen. As pressure increases on managers, the need for maintaining a well aerated media has increased accordingly. All growing media are a constantly changing environment with nutrients being moved, gaseous exchange constantly occurring and water being in a constant state of flux. Any factor that influences one of these processes will severely affect the growth of plants.
If soil compaction develops it can severely affect this equilibrium.

Poor soil aeration or oxygen deficiency is a major factor limiting seedling establishment. Oxygen deficiency in the soil can occur because of improper management ,such as compaction; poor media quality, such as heavy fine-textured soils or layered soils with inadequate drainage; excessive irrigation, rainfall or flooding; usage of excessively small containers for transplant production.

Inferior stand establishment can occur due to the inhibitory effects of low aeration on root elongation, proliferation, viability, respiratory capacity, carbohydrate accumulation, hormone synthesis, and water and nutrient uptake. In fact, poor soil aeration affects potassium uptake more than any other major nutrient with levels of uptake being down to only 45% of normal!

Within the soil environment there are a number of biological processes occurring. The majority of these are aerobic involving the uptake of oxygen and the evolution of carbon containing compounds. Plant roots respire aerobically and therefore require sufficient oxygen supplies at root surfaces.

Anaerobic conditions in the soil induce a series of reduction reactions, both chemical and biochemical. Included in these are denitrification (the processes by which nitrate is reduced to nitrite, then to nitrous oxide and then to elemental nitrogen), manganese reduction, iron reduction and sulphate reduction. Some of the products of these processes are, in fact, toxic to plants, such as ferrous sulphide and ethylene. The associated build up of carbon dioxide in anaerobic conditions can occur as a result of excessive watering, soil compaction (reduced porosity and increased bulk density) and increased levels of microbial activity.icrobial activity.

In the atmosphere oxygen, carbon dioxide and nitrogen comprise in the region of 21%, 0.03% and 79% respectively. In the soil these percentages can differ drastically, with oxygen being less than 20%, up to 10-100 times more carbon dioxide and about the same amount of nitrogen. High carbon dioxide levels result in root die back.

The amount of air present in a soil is directly influenced by soil texture. In sandy soils it is of the order of 25% or more, in loamy soils it is between 15 and 20% and, in clayey soils that tend to retain the most water, it can fall below 10% of the total soil volume.

In fine textured soils structure also plays a significant role. Strongly aggregated soils, with macroaggregates of the order of 5mm or more in diameter, generally have a considerable volume of macroscopic (interaggregate) pores which drain very quickly and remain air filled practically all of the time. Hence, such soils exhibit an air capacity of 20-30%. As the aggregates are dispersed or broken down by mechanical forces these pores tend to disappear so that a strongly compacted soil can have less than 5% air by volume.

A comparison of the amount of oxygen present in the soil with existing respiration rates reveals that there is not a very great reserve of oxygen in the soil. In the top one metre of a soil profile there is around a 3-4 day supply of oxygen contained in soil pore space. Therefore, in order to sustain respiratory processes oxygen must be replenished and waste products removed.

Mass flow occurs when a pressure gradient exists and involves the bulk flow of gas in a particular direction. This process can account for 5-10% of oxygen consumed in the soil. Gusting of wind can lead to sudden pressure increases at the soil surface and, in turn, lead to small gusts entering the soil. Because it is localised and short term, it is really localised in significance and importance being restricted to the top 2-3 centimetres.

The solubility of oxygen in water is 0.028cm3 of oxygen in a cm3 of water. This may be important in stimulating a flush of activity, but it is generally a negligible contribution to the transport process.

By far the greatest movement occurs by way of diffusion involving a concentration gradient, and it is this process that enables oxygen to get down to depth. Given that a concentration difference exists and the thermal motion of gas molecules, there is a tendency for gas molecules to move from high to low concentrations.

Therefore, it can be seen that soil aeration is extremely important in order to optimise the growth of plants and that often poor growth is an indirect result of compaction and its effects on gaseous exchange, nutrient availability and drainage.

With zinc and manganese, if these are low in the soil, so what? You are generally aiming to correct discrepancies found in the leaf tissue, and so this should be the focus of any management philosophy. Applying these to the soil seldom guarantees addressing any issues that may exist, and is a pretty inefficient means of achieving this. Besides, so what if zinc and manganese are low in the soil? What does this mean? Bearing in mind fungicides based on mancozeb are based on manganese and zinc, on every occasion I have carried out tissue testing, following an application of this, I have seen a spike in plant tissue levels