Two cousins have toasted seventy years of service to the same golf club. 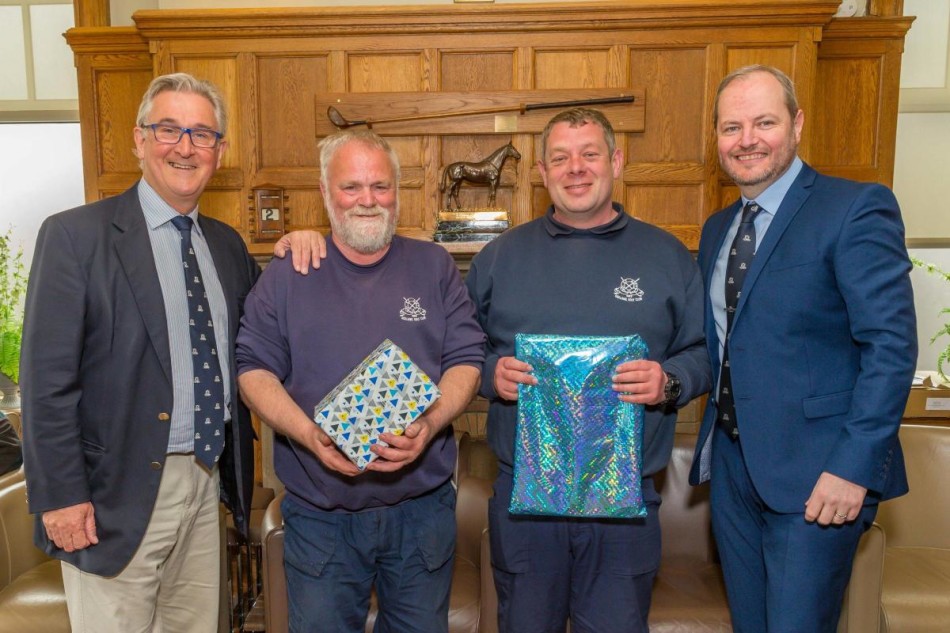 Bobby, who was irrigation and drainage technician, and Paul, who is head greenkeeper at Gullane No. 1, were invited to a special presentation at the main clubhouse of the club, which is closing in on its 140th anniversary.

Bobby, 65, was presented with a camera and voucher, while Paul received a green jacket and voucher for The Bonnie Badger restaurant in Gullane.

Bobby thanked the golf club committee for their gifts and revealed what made the job so enjoyable.

He said: "It was the people I worked with and being outside."

"Previous to that, I worked in a bakehouse for five years. I was breathing in flour dust and at Gullane I did not have to work Friday nights!"

The Gullane resident, who recalls course visits by stars such as Sir Sean Connery, Harold Sakata - who played Oddjob in Goldfinger - and Sir Bruce Forsyth, has plenty of hobbies to enjoy in his retirement.

He said: "I don't know yet [what I'm going to do with my spare time]. I am that busy with that many things I want to do."

"I look over the course and it is a funny feeling knowing I am not there now after 40-odd years."

"I do archery, wood carving, wood turning, photography and I look after the archery range at Archerfield." 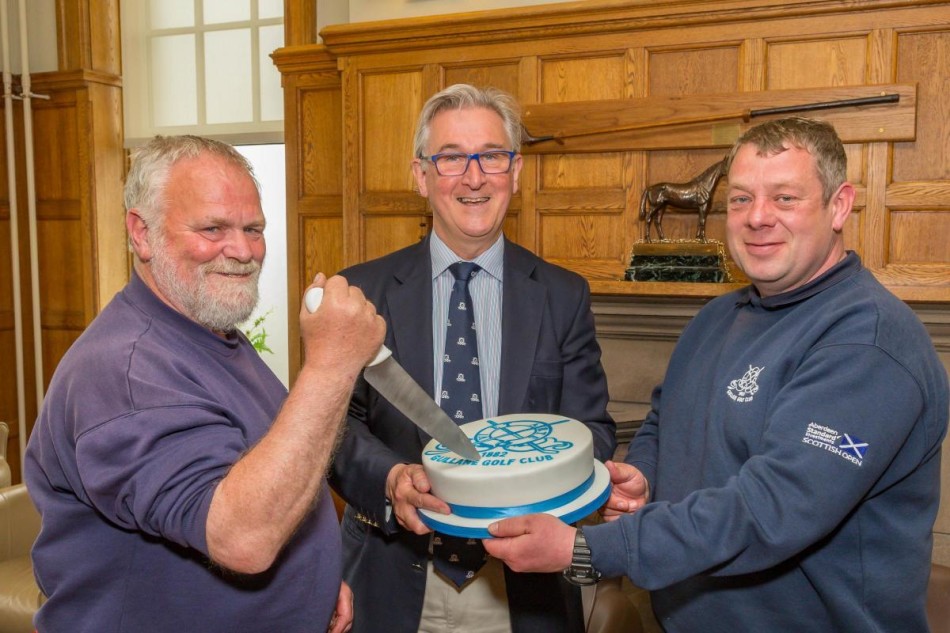 Paul and Bobby Hay are thanked for their contributions to Gullane Golf Club. From left: Bobby Hay cuts the club cake being held by Captain Keith Anderson and Paul Hay

Bobby described the club as "the most superior course in the Central Belt of Scotland".

Meanwhile Paul, 42, explained why, despite not considering himself a golfer, he loved his job.

He said: "One, it is local, and two, every day is different."

"There have never been two days that are the same. We have got a good team and it has been good to work for Gullane Golf Club so far. It does not feel like 25 years for sure!"