by External source
in Rugby, Industry News, and Football
on 16 Aug 2016 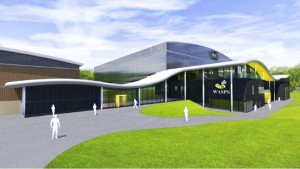 Coventry City's largest supporters' group has called on the city council to reject plans for Wasps to build a £7million training centre at the current home of the football club's youth Academy according to the Coventry Telegraph.

The Sky Blue Trust , which has about 3,000 members, has written to the head of the council's planning committee , Coun Richard Brown, asking for the plans to be rejected until "a satisfactory long-term solution is found for the Coventry City Academy."

The organisation also underlines the value of the Academy to the city by describing it as a "factory of hope" for youngsters in Coventry who have dreams of becoming professional footballers.

Proposals to redevelop the Alan Higgs Centre have put the future of CCFC's Academy at the Allard Way venue in doubt.

The Premiership rugby club hopes to build a kicking barn on the 'match pitch' currently used by the football club and take over three of the four outdoor pitches that would remain at the site.

Coventry Sports Foundation, which manages the venue, has said it would be possible to relocate the match quality pitch and Wasps have offered to rent out its facilities to the football club on commercial terms.

However, it is unclear if the changes will allow assessment criteria to be met and enable CCFC to retain its prized 'category two' status which attracts about £500,000 in Premier League funding to the football club.

You can read the full article from Running Rugby HERE