Cricket Ireland is getting ready to launch a National Facilities Strategy as part of an ambitious five-year plan to rival traditional mainstream sports such as football, rugby and Gaelic games 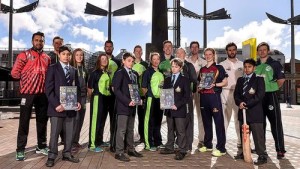 The governing body's 2016-2020 strategic plan titled Making Cricket Mainstream highlighted the dearth and general low quality of facilities as a barrier to the sport's growth in the nation.

According to Cricket Ireland the National Facilities Strategy will "raise the standard" by creating education, mentoring and adherence operations for facilities managers and groundsmen. The body will also incentivise clubs to improve their facilities through grants and subsidies.

Cricket Ireland has made a commitment to invest in international venues and the groundsmen who will preside over them, and will develop a Home of Irish Cricket as well as a warm weather base in La Manga, Spain.

In addition, commitments have been made to strengthen the coaching workforce and standards, to develop an academy programme, to improve the "top class" domestic competition, and to provide strong governance.

Warren Deutrom, chief executive of Cricket Ireland, said that the organisation needed to "shift perceptions of cricket as an elitist, exclusive sport" and make it "accessible, affordable and inspiring".

"When we think of 'major' in Ireland, we think GAA (Gaelic games), rugby and football. Well, why not cricket too? We are launching a club fund to assist the clubs with grants for equipment and facilities in addition to the practical support we provide already."