by External source
in Conservation & Ecology
on 28 Jul 2014

MPs raise concerns over Government relying on research funded by pesticide manufacturers to determine the harm their products cause to bees. 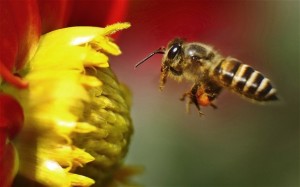 The Government has been accused of "putting the needs of commerce ahead of the needs of bees" as it emerges that pesticide manufacturers will fund crucial research examining the impact of their controversial chemicals.

The criticism comes as a committee of MPs warns that the research may not be independent because of its links to the industry.

The Department of Environment, Food and Rural Affairs, which has been hit by budget cuts, is no longer able "to deliver its environmental protection obligations" by funding the work itself and is instead reliant on industry cash, according to a critical report from the Environmental Audit Committee.

Research that is supposed to determine whether the pesticides are indeed harmful to bees may therefore be susceptible to "commercial, rather than scientific" priorities, it warns.
The controversy relates to the use of three "neonicotinoid" pesticides that studies have linked to serious harm to the species and environmentalists say are leading to a decline in bee numbers across Europe.

European Commission restrictions came into force in December 2013 banning their use on crops that are attractive to bees, despite lobbying from the UK government, farmers and the pesticide producers to continue their use.

Owen Paterson, the former environment secretary who was ousted in this month's Cabinet reshuffle, had argued the laboratory tests cited by opponents of the pesticides did not prove that they cause problems when they are used in the field.

In a report, the EAC repeats calls for Defra, which is currently producing a 'National Pollinator Strategy' to assess how best to protect bees and other pollinating insects, to unequivocally support the ban.

It argues that the evidence exists showing possible harm is enough to merit a ban on a "precautionary principle".