While mowing appears simple in its application, it can have either positive or negative consequences for plant health depending on mower performance. Attainment of correct cutting performance on sports pitches will include, but isn't limited to, sharpness of cut; attitude angle and behind centre distance (BCD) of the bedknife; frequency of clip and weight distribution. 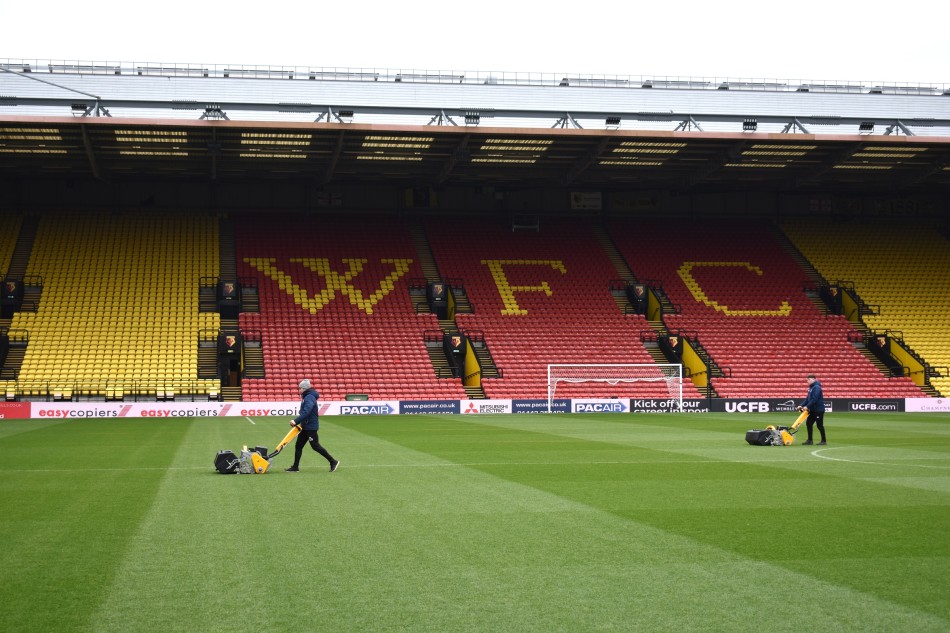 MTD Specialty Turf Products explores the importance of mowing on plant health and how quality of cut has been paramount to operations at Watford FC, seeing them crowned the Premier League Grounds Team of the Year for 2017/18.

Beginning with sharpness of cut - dull or poorly sharpened mowers tear and shred grass blades rather than cut them cleanly, increasing the plants vulnerability to disease. A dull cut can be caused by a mower that does not maintain cut quality for an acceptable length of time. This may be down to either a poorly designed bedknife-reel adjustment mechanism; an imbalanced reel causing premature wear; or a poorly designed cutting unit that "oscillates" during rotation.

Attitude angle and behind centre distance (BCD) are interlinked and an improper set-up of these features will not only impact on after-cut appearance but can negatively affect plant health. The greater the BCD, the more aggressive the cut because the grass blade will be "dragged" prior to it being trapped between the bedknife and reel. An aggressive cut also means a shorter cut as the leaf blade is lifted "up and back" prior to shearing. For a less aggressive cut, the bedknife is positioned much closer to the reel.

Frequency of clip (FOC) is the distance between mower shear points, determined by the number of reel blades, rotational speed and the mowers forward speed. FOC is important in ensuring the correct quality is achieved for the specific height of cut. One should also consider the leaf's moisture content - a high clip rate on a less rigid leaf can cause mulching. The ability to alter FOC is thus advantageous.

The Cub Cadet INFINICUT® has been specifically designed to handle the numerous variables that modern day sports venues encounter. Its ingenuous ability to alter geometry and working parameters ensures sward consistency is attained regardless of the time of year or conditions encountered. Plant health can only be augmented by choosing the correct equipment set-up for the circumstances that prevail at any given time.

Scott Tingley, Head Groundsman at Watford Football Club said, "The INFINICUT® has become a vital part of our maintenance programme. We have two machines which are used primarily for match preparation, however we have used them more regularly this season due to the added benefits we found during the week. The quality of cut has led to a better visual appearance, but more importantly a healthy grass plant that has suffered less from disease. There's also the added benefit of the health and safety elements - my staff regularly comment on how much lighter, quieter and more comfortable they are to use than alternative machines."