0 Cutting it at Cambridge RUFC with Wessex

Imagine being there in 1823, when William Webb Ellis, a Rugby School pupil, picked up the ball and with "a fine disregard for the rules" ran forward with it. The Rugby Union was born and quickly spread from public schools to universities. Cambridge University Rugby Union Football Club (CURUFC) was founded in 1872, with the first varsity match played that year in Twickenham, London. 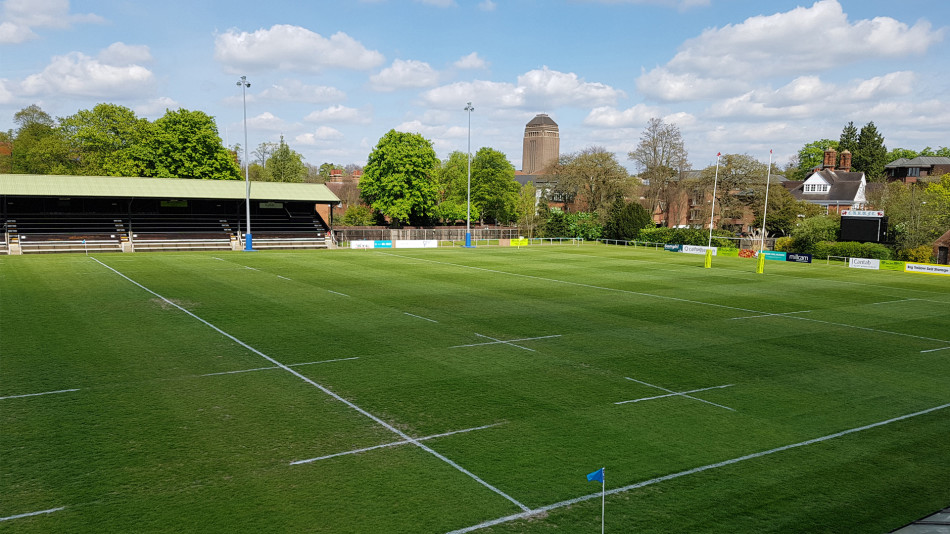 Nowadays, it's an amateur student rugby club offering a professional rugby environment. The club has a great tradition of touring and attracts internationals to their facilities. A groundsman of thirty years, David Hurst manages the team responsible for maintaining high standards of pitch requirements, with the main pitch hosting nearly a hundred games a year.

Traditionally, the club used triple gang cylinder mowers and would probably have continued to do so, until Hurst spotted a Wessex Roller Mower at Saltex. He gave it some thought, until dealers 'Pecks of Ely' suggested a demo of a Wessex RMX-180. Having never considered a rotary as a finishing mower, Hurst was sceptical and then surprised at the result. Firstly, there was the cost which was half the price of what they usually bought. Then, he was impressed with the speed and the exact cut height of 1" to 1½" as required.

Using mulching blades has proved to have added benefits in cutting costs on fertiliser, an important consideration in an area as dry as East Anglia. "Equally," says Hurst, "going from a gang to the RMX-180 has reduced time cutting the pitches, saving as much as a day's work when cutting two or three times a week." He was surprised by the fact you can take the grass down to 1", even when damp, and the mower doesn't clump either. "Other groundsmen come up to me and ask what kind of cylinder mower are you using?

When I tell them it's a rotary lawn mower, disbelief turns into a whole conversation about Wessex International and their commercial mower technology." Hurst is impressed by the ease of operation, minimum maintenance and servicing and, as he puts it, the way it's built like a tank with bullet-proof construction. Whilst he uses a grinder to sharpen the blades and greases the rollers once a week, there is little else that's needed. He adds they have also seen an exceptional saving on fuel costs, using the RMX behind a 27hp Kubota. And the future? Maybe a move to a bigger tractor and larger Wessex tri-deck, but for now they are happy with their purchase.

Contact Wessex International to book a demonstration of a commercial mower or other turf care products today.
01264 345870