by Charmian Robson
in Football, Industry News, and Training & Education
on 10 Jun 2019

Thirty-eight groundsmen from Denmark and Spain have spent three-days learning from some of the best turf professionals the United Kingdom has to offer on a Campey Turf Care Systems educational tour. 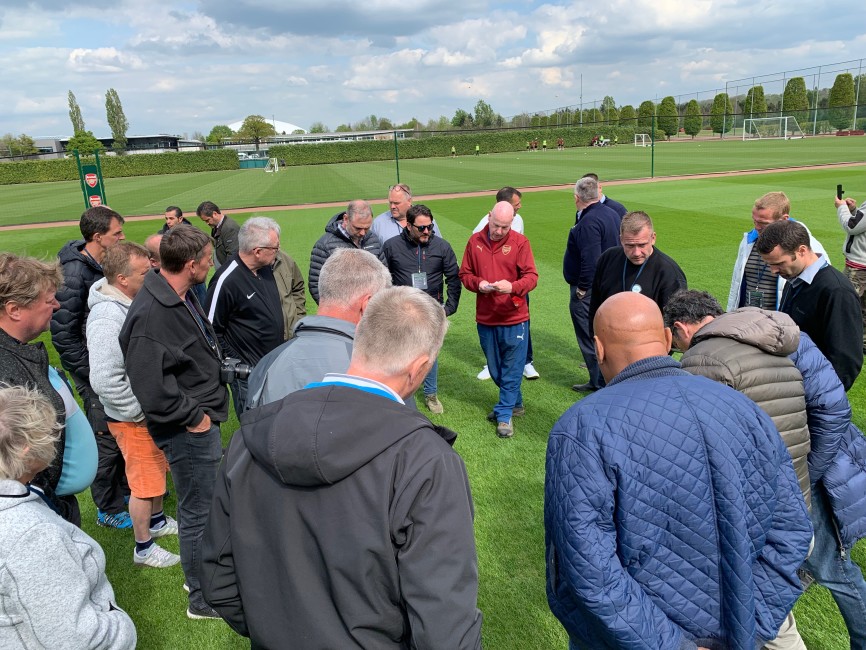 The delegates at the Arsenal training ground

The trip was arranged by Thomas Jorgensen, chairman of the Groundsman Association of Denmark, Campey's Danish dealer, Havdrup Maskinforretning and Spanish dealer Deltacinco. The emphasis of the tour was to learn from experienced groundsmen while looking at the technology they are using.

Typically, Danish groundsmen operate on lower budgets compared to their UK counterparts, and this was taken into consideration when picking venues with Salford City Reds and Newcastle Under Lyme Football Club both chosen to show that high-quality surfaces can be achieved with a smaller budget.

The 38 strong group also visited leading venues such as Arsenal's London Colney training centre, Liverpool Football Club, Stoke City Football Club, Tottenham Hotspur's Enfield Training Ground and the brand-new Tottenham Hotspur Stadium where head of playing surfaces and estates, Darren Baldwin, gave up his time to give the group a tour of the stunning new facility and answer questions from the groundsmen. Thomas thinks everyone on the trip has benefitted from getting to interact with the groundsmen from each club while seeing the pitches they produce. 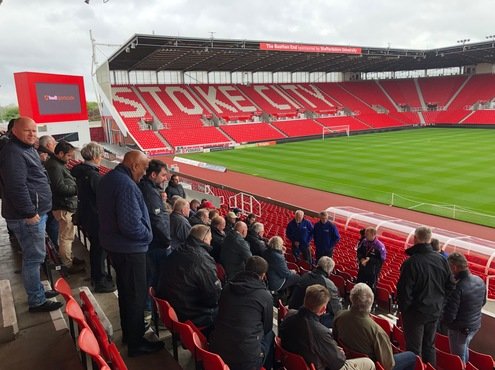 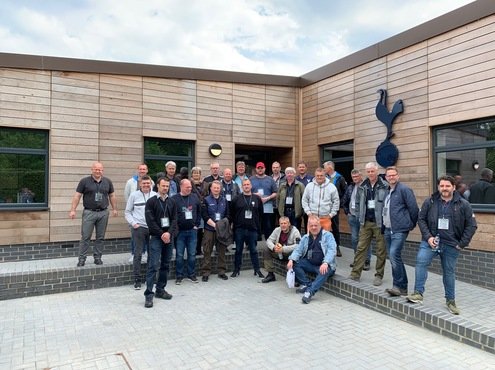 The delegates at Stoke City and Tottenham

He said: "I thought the variety of venues we visited was excellent, we saw the top of it all in terms of stadium, but we also experienced some more down-to-earth facilities that we can better relate to, but it is important to experience both on such a trip.

"It is very important to be able to learn from others in the industry who have experiences that we don't yet have ourselves. The English football pitches are on a different level to Denmark, so the experience is important. However, we must remember that the money is also different in England.

"For me, the experience was absolutely great. We visited Steve Braddock at Arsenal. He is simply fantastic and has tremendous knowledge, he gained great respect throughout our group."

As well as talks from leading figures in the industry, the group also saw a grassroots renovation in action at Newcastle Under Lyme FC and had the chance to view machines at Campey HQ and have an evening barbecue.

Campey has always focused on providing education to further the knowledge of those in the industry and is delighted to continue their support of groundsmen abroad.