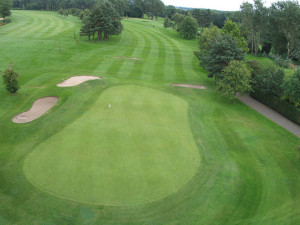 Members of a North-East golf club last night voted overwhelmingly in favour of a plan which could see the club move and undergo re-development.

The members of Darlington Golf Club voted 221-36 to back a partnership with developer Theakston Estates Ltd, which owns arable farmland to the north of the club's existing site.

Under the plan, the club would move onto a site on the company's land, to the north of the existing site and nearer the River Skerne, and the current golf club site would be developed for housing.

Christopher Harrison, of Theakston Estates Ltd, addressed the meeting and said afterwards: "Since 2008, we estimate that Darlington Borough Council has delivered only 50 percent of the houses that it needs to meet requirements so this plan would help it move closer to its target.

"The members voted overwhelmingly in favour of a proposal which would see the club move nearer to the site where it was created a century ago and which would also allow houses to be built on the current site of the club."

Club chairman David Peat dismissed suggestions that the club would leave the area and merge with Blackwell Golf Club instead.

He said: "There was a good turnout at the meeting and the proposal was positively received with the overwhelming majority in support.

"This is a win-win situation for us, the developer and the town as it strives to meet its housing needs.

You can read the full article from The Northern Echo HERE