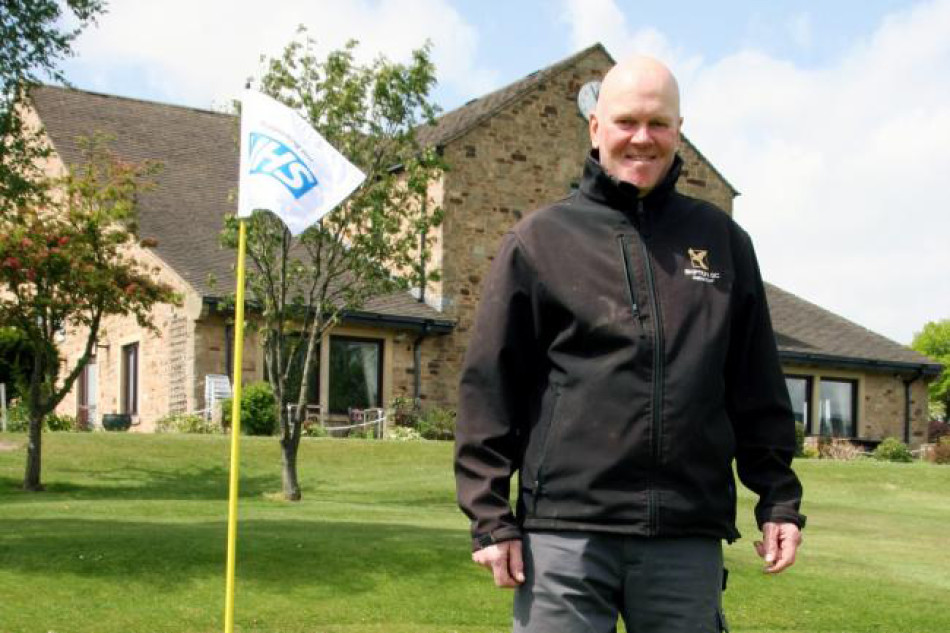 Darren Hargreaves on the 18th green at Skipton Golf Club

He has been involved in golf as an occupation virtually since leaving Greenhead Grammar School in Keighley, now University Academy Keighley - although he did initially "dabble" with a course in engineering.

"I soon realised engineering wasn't for me as no way did I want to be tied to a bench all my life," he said.

Darren instead teed-up a lifetime career in golf by embarking on an 18-month Youth Training Scheme at Riddlesden Golf Club.

He then became a greenkeeper at Chorley Golf Club in 1984 - following his parents, who had moved to live on the other side of the Pennines.

But Darren was keen to return closer to his roots, and secured the deputy head greenkeeper post at Skipton.

Over the past three decades, he has been involved in all aspects of course management and maintenance at the Short Lee Lane site, as well as ongoing improvements.

He and head greenkeeper Ian Brown have between them been responsible for maintaining the course in peak condition during the coronavirus lockdown.

Darren said the closure of the course had enabled them to "crack on" with work, but that they were delighted play had resumed.

Tributes to Darren and his 30-year achievement have flooded in.

Mr Brown said: "Darren is a highly-experienced and key member of the team."

"He also has a great sense of humour, which makes him popular with the other greenkeepers."

"He's a real attribute to both course and club."

And the club tweeted: "We want to pay tribute to Darren Hargreaves, a member of our greens team who has just completed 30 years' service at the club. Outstanding and a great credit to his profession. Thank you Darren from all the members."

The club's board is planning to mark his milestone.

Darren also enjoys a round of golf himself.

He first started playing at the former Riddlesden club, winning a major trophy there as a 15-year-old.

He says he plans to play more when he retires ­- hopefully when he turns 60, in five years' time.

You can read the original article from the Telegraph & Argus HERE