Dartfordians RFC has upgraded their maintenance operation with a Trimax Striker and New Holland Boomer 40 from Campey Turf Care Systems. 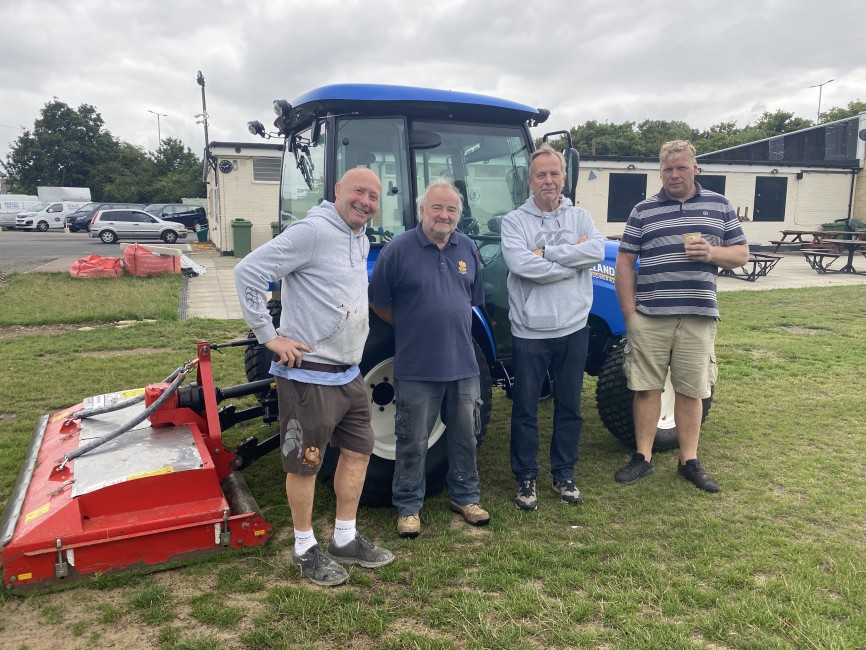 Time waits for no machine, and at London based Dartfordians RFC, that meant their old Massey Ferguson tractor and gang mowers needed to be replaced so they could continue to maintain the ground to a high standard. Replacing the machinery was a joint venture between the rugby and cricket club. Both operate the site under the DCSC which manages the building, bar and groundsman, Graham Smith, who was a member of the rugby club before becoming the groundsman four years ago.

As the sole groundsman - along with some volunteers - Graham is responsible for maintaining the three rugby pitches and football pitch in the winter as well as the cricket square and outfield in the summer. Additionally, there is a park adjacent to the ground that is maintained by Graham in an ongoing arrangement between the rugby club and Bexley Council.

With the five-hectare site in constant use throughout the year, having reliable machinery is a must, and after speaking with Campey Product Specialist, Ben Taylor, Graham was confident Campey could provide what they needed.

"I'm really impressed with Ben. He's very amenable, he talks straight, and he knew what we wanted and put together a deal that was very acceptable with us and we are looking forward to a good long relationship with equipment in the future," Graham began.

"I think the customer service side of it is very important and it's a big consideration when we're buying machines. You could go somewhere else and buy a tractor, and with money constraints we could have ended up buying a second hand one without any warranty. As we bought new we have that and we know if we want to add to it in the future with a bucket or similar things like that we'll get all the help we need."

"You want it to start, to run and a good amount of power and everything to work. With the period we'd gone through with our old machinery breaking down we're now in a new zone. It becomes very critical at times [having reliable machinery] and really you should always have a backup and that's what we needed. Equipment fails and suddenly you're stuck and if it was in the cricket season and we couldn't cut the grass then they wouldn't be able to play and likewise with the rugby. We need to maintain the pitches and keep them cut to the right length to encourage growth.

"It's going to make my life a lot easier with the new kit. On our particular tractor we've got the oversized grass tyres so there is no damage on the pitches. That'll be especially important in the winter because we'll still have the ability to drive across a pitch without doing any damage, whereas our old tractor had agricultural tyres and there were times of the year where you wouldn't drive it onto a pitch."

"Having had the tractor for a few weeks now I've found it very good, and it's proved to be a very good piece of machinery. Because it's 40hp I've found that I can run the mower in the economy mode which cuts down the revs and saves fuel, and the tractor being powerful enough to do that is a really good thing. I think the Trimax and the way it works along with the bearings that are guaranteed for life shows the confidence that Trimax have in their own machine."

The rugby club brings a lot of value to their local area with men's, women's, junior and academy rugby catering for people from U11's and upwards. Their Dartfordians 1st XV were promoted to London1 South at the end of the 2018-19 season, an impressive feat for a community club, and have consolidated their position in the league.

Providing high quality surfaces for all of the players is the top priority for Graham, and after the initial investment he hopes the club can take advantage of their new tractor and invest in more equipment in the future.