The group hoping to establish a Major League Soccer (MLS) franchise in Miami, Florida, US, has released the first image of the proposed stadium complex. 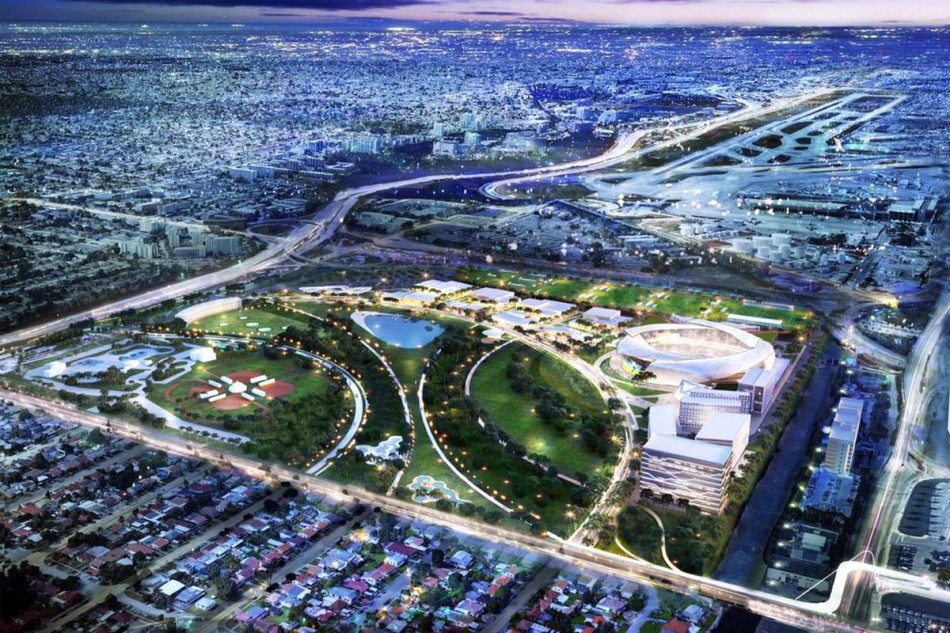 Led by former England football captain David Beckham, the group is hoping to establish the development - which would mix a 25,000-seat stadium with a park and commercial projects - on land currently occupied by a city-owned golf course near Miami International Airport.

As well as the home of the Miami MLS team, the plans include 750 hotel rooms, restaurants, retail and entertainment, along with a new 58-acre park and 23 acres of football fields for the public.

Beckham and development partner Jorge Mas, of infrastructure firm MasTec, published the visual ahead of a Miami City Commission meeting set to take place on 18 July. The meeting will seek to decide whether the city council should hold a referendum on Beckham's vision.

He had exercised an option in his contract with former side LA Galaxy to buy an expansion MLS franchise in 2014.

Until a decision is reached about the stadium, the Miami team - which remains without an official name - can not begin negotiations about the possible year it will join the MLS.

"Bringing an MLS club to Miami has been a hell of a journey," Beckham said at the official launch event earlier this year.

"When I was awarded the team there was only one city for me and it was here. I was drawn to this city for the same reason that millions of people are - the diversity, the culture, the weather, the beaches, the people."