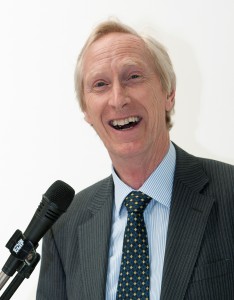 David Scott, managing director and CEO of T H White - one of Wiltshire's oldest and most successful companies - has retired having served the company for 39 years.

T H White's business was founded in 1832 as an agricultural ironmonger trading from Sidmouth Street, Devizes. The company's head office is still in Devizes today, although it has now diversified into many fields beyond the core agricultural business and has other branches across the West Country, the Home Counties, the Midlands and Yorkshire. It has been voted Wiltshire Business of the Year and is recognised for its apprenticeship schemes.

David Scott joined the family-run business on 20 April 1976, his 26th birthday. Having spent eight years gaining experience by working directly in all areas of the business he was appointed managing director in 1984 and additionally CEO in 1989. During his tenure David Scott has presided over a more than six-fold increase in turnover, developing the existing business and expanding into new areas including grasscare equipment and renewable energy. Most recently the UK's first Fiat Group Brand Centre was opened in Swindon, its many eco-friendly features winning it the Motor Trader Green Dealer of the Year Award. Speaking at a staff reception in Devizes to mark his retirement on Monday, David Scott said: "What has given me most pleasure over the years has been watching people develop their careers within the company. A successful business relies on the efforts and hard work of every person in it and the credit for what has been achieved rests with all of you." T H White is well regarded in the communities in which it operates and commands high degrees of loyalty from its employees who presented David Scott with a beautiful hand-bound book recording their gratitude.

A second reception was held on Tuesday at the Corn Exchange in Devizes for several hundred
T H White's customers and suppliers, including representatives from key franchise partners such as New Holland, Case IH, DeLaval, Palfinger, Ransomes Jacobsen and Fiat.

Speaking at the event, Richard Beldam, a long-standing customer of T H White and chairman of Openfield - one of Britain's largest agricultural co-operatives - praised the importance that
T H White attaches to its corporate values and service levels and the degree to which customers value this in their dealings with the company. He also paid tribute to the fact that T H White under David Scott's guidance had become synonymous with the design and building of cooperative grain stores, having constructed around 80 per cent of such facilities across the UK.

Other speakers included Andrew Watson, New Holland's UK and Ireland business director, who commended the remarkable development of T H White's agricultural machinery, and Wolfgang Pilz, the global chief marketing officer for Palfinger cranes. Herr Pilz had flown in especially for the event at which David Scott was presented with a handmade Palfinger table to commemorate his achievements.

David Scott is succeeded as managing director by his son, Alexander Scott.